Property estimated at $1 million was stolen from a Hollywood Hills home in a violent robbery early Wednesday, according to the Los Angeles Police Department.

The two victims were asleep at the home on the 3000 block of Multiview Drive around 3 a.m. when they woke up screaming and with a gun pointed at them, said Officer Melissa Podany, an LAPD spokeswoman. According to police, the suspects, who wore ski masks, were demanding property and one of the victims held a pistol during the robbery. 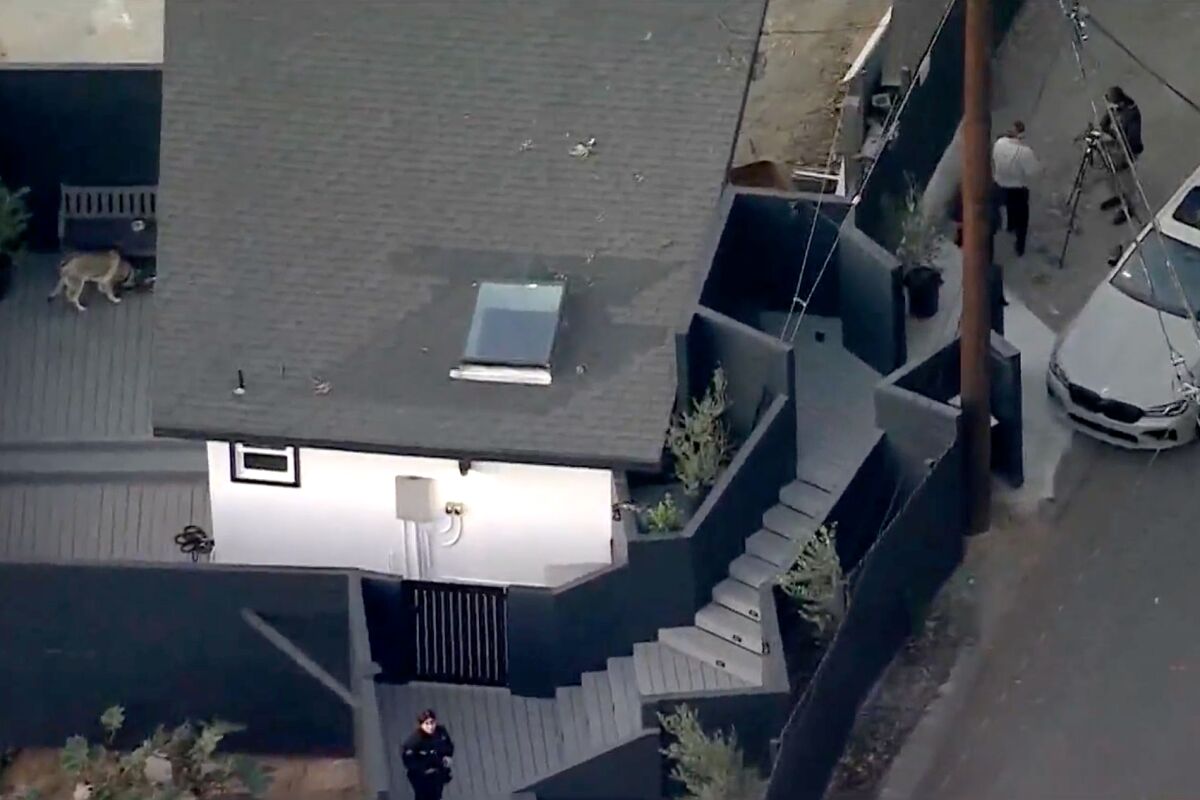 Police are investigating the exterior of the Hollywood Hills home where an estimated $1 million in property was stolen.

The man who was pistol-whipped refused medical attention but suffered minor injuries, Podany said. Officers were called to the scene around 3:30 a.m. and the LAPD’s Homicide Division is taking over the investigation.

Police have not released descriptions for the multiple suspects, and Podany said officers did not yet know exactly how many were involved in the robbery.

Podany did not know what kind of property was stolen.

Gayle King says Oprah was “one of the…