A family-owned business is fined $925,000 by West Virginia GOP Gov

BIRMINGHAM, Ala. (AP) — A company owned by the family of West Virginia Gov. Jim Justice is paying a $925,000 fine to an Alabama health agency after it shut down a coke plant that leaked polluting gases.

Under a consent decree approved by a state court judge on Wednesday, Bluestone Coke will pay the fine to the Jefferson County Health Department for air pollution violations at its coking plant north of downtown Birmingham.

A coking plant heats coal at very high temperatures in supposedly closed, oxygen-free furnaces and boils off impurities without burning the coal.

The process produces coke, which is used as a fuel to fire blast furnaces for metal and cement manufacturers.

Coke ovens have long polluted parts of Birmingham, once a smoky center of coal mining and steelmaking and one of Alabama’s largest cities. However, increasing attention has focused on the impact of pollution in the predominantly black neighborhoods surrounding Bluestone Coke and other industrial sites. 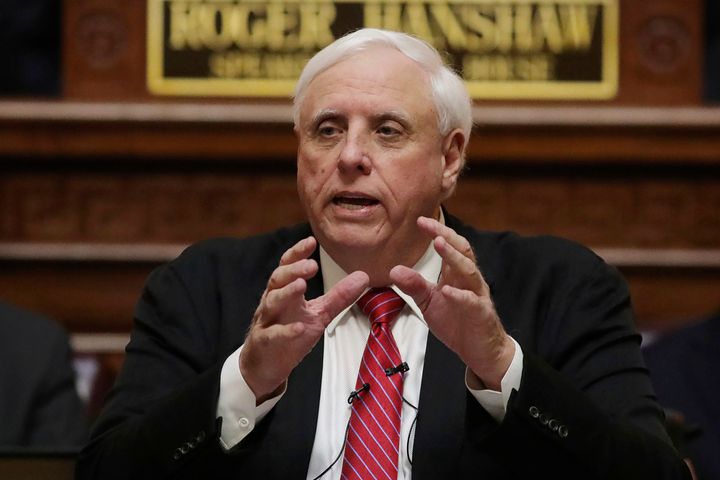 West Virginia Governor Jim Justice put his son Jay Justice in charge of his coal mining and farming interests when he became governor in 2016.

The US Environmental Protection Agency has designated the area as a Superfund site and has been digging up contaminated soil for years. Birmingham Mayor Randall Woodfin has drafted an unfunded $37 million plan to buy up nearby residents and improve the area.

The facility, which is over a hundred years old, has been shut down since October 2021. At the time, the health department refused to extend the operating permit after toxic chemicals leaked from the oven doors and other maintenance failures were cited. The agency sued for damages, calling the facility “a threat to public health.”

“There was a lot of ash and a lot of soot that people who lived near the facility said was covering their cars and homes,” Pastor Thomas Wilder of nearby Bethel Baptist Church told WBRC-TV. He was part of a group protesting the renewal of the plant’s license and calling for tighter controls.

The settlement would allow the facility to seek permission to reopen if Bluestone installed two sulfur dioxide monitors, had an engineer design and publicly comment on a repair plan, and hired an independent auditor to conduct compliance reviews every two months for two years. Health Department officials said a reopening would likely take more than a year.

The facility’s maintenance failures were recorded in an investigation by ProPublica. Steve Ruby, an attorney for the Justice family, told ProPublica it was unfair to call the fine too small, noting that it would incur significant costs for the company to meet pollution control requirements.

“Although Bluestone invested tens of millions of dollars in long-delayed maintenance, it was unable to fully address these challenges and ultimately concluded that only a rebuild would allow the facility to become profitable and in compliance with the… environmental requirements,” Ruby told ProPublica.

GASP, a Birmingham-based anti-pollution group, intervened in the case before Jefferson County Circuit Judge Patrick Ballard after they and the Southern Environmental Law Center collected ambient air samples around the facility in 2019 and 2020. These samples showed elevated levels of pollutant chemicals benzene and naphthalene.

“This consent decree makes it clear that companies like Bluestone Coke cannot continue to pollute the environment without consequences, and that starts with standards that put people – not profits – first,” said GASP chief executive Michael Hansen. Half of the proceeds from the fine are set to benefit nearby neighborhoods, with residents encouraged to weigh potential projects.

The facility had a number of owners before being purchased by the Justice family’s business interests in 2019. News outlets have reported that Justice’s companies have racked up millions in back taxes and unpaid fines, and have often been sued for unpaid bills.

When he became governor in 2016, Justice put his son, Jay Justice, in charge of his coal mining and farming interests. Justice told WOWK-TV in 2021 that his son bought the facility.

He added: “I think there have been some ongoing, I think that’s the right word, you know, environmental issues that are all over. They have now solved these environmental problems and are doing what needs to be done.”