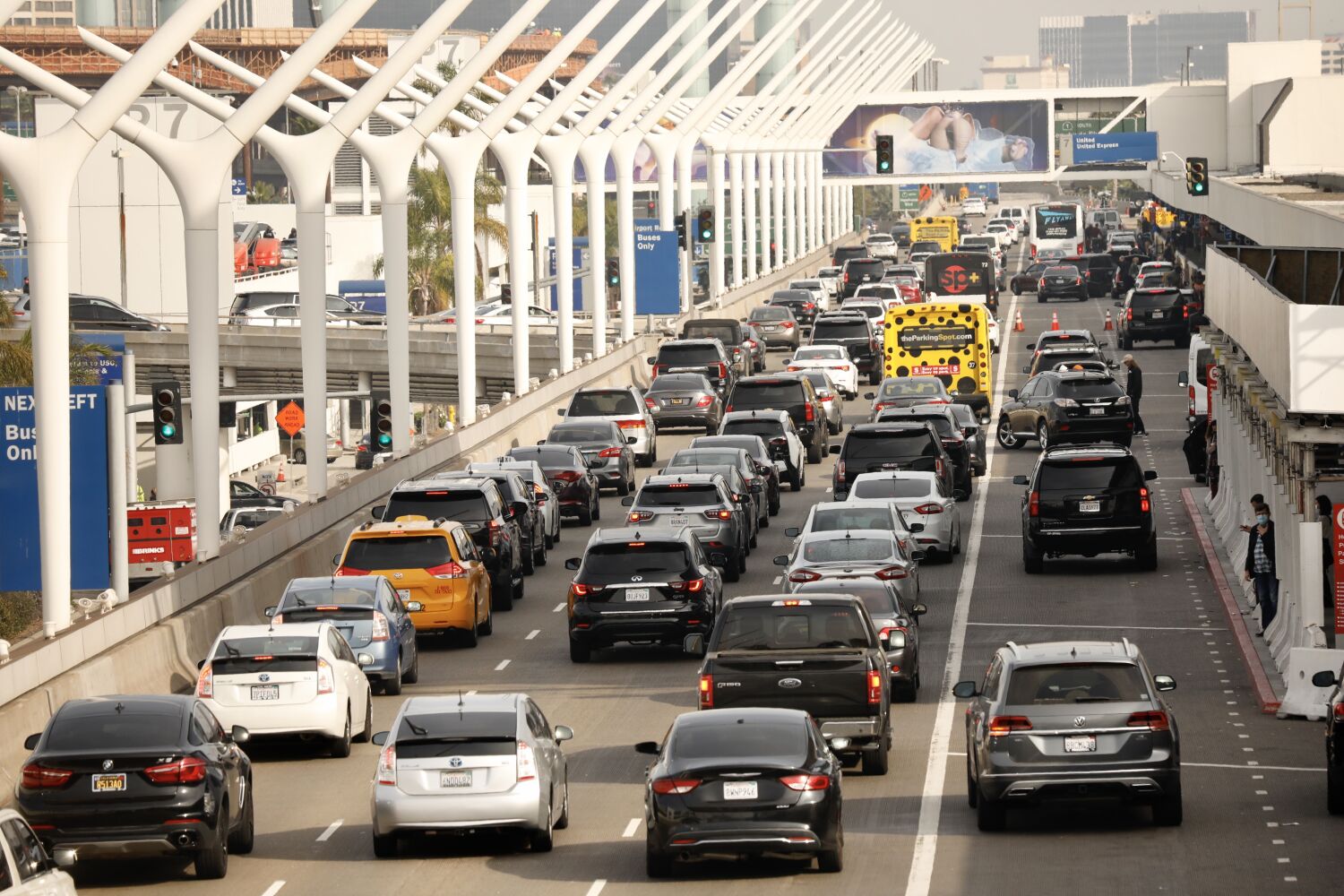 An extended holiday rush hour is expected to peak on Sunday, when an estimated 214,000 travelers pass through Los Angeles International Airport.

This is one of the busiest days in a period from December 16 to January 3, when the airport is expected to handle an average of about 200,000 arriving and departing passengers per day. The total number of travelers on Sunday will roughly match the number on Friday and the total expected on December 23.

On the ground, too, the air traffic boom will be felt, with a 12% increase in vehicles circling LAX’s two-story ‘horseshoe’ avenue during the holiday season.

“This weekend is going to be bouncy,” said LAX spokesman Heath Montgomery. “The horseshoe will be busy.”

While LAX may feel crowded during the holiday season, the number of airborne passengers has yet to return to its pre-pandemic peak of 88 million passengers — the total reached in 2019, when the airport was the third-busiest in the world. Only Atlanta and Beijing took in more passengers that year.

The total for the airport in 2022 is expected to reach the 60 million mark.

The Amazon reef that could be threatened by…

A 1966 Shelby 427 Cobra once owned by current Ford CEO Jim Farley is for sale on online auction site Autohunter.…