After the rain: Rose parade 2023 in full bloom

As most of us step into a new year filled with all of life that blends so seamlessly — hope and caution, joy and sadness, love and longing — Pasadena hosted the 134th

This year’s theme for the parade – an expression of hope and resilience – is ‘Turning the Corner’. The Grand Marshal of the 2023 Rose Parade is Gabrielle Giffords, the former Arizona congresswoman who survived a mass shooting. Giffords led a procession of 39 floats, 21 marching bands and 16 cavalry units. The Solorio family woke up on Colorado Blvd. for the Tournament of Roses Parade in Pasadena before sunrise on Monday. The family has been camping in the same place for 40 years. 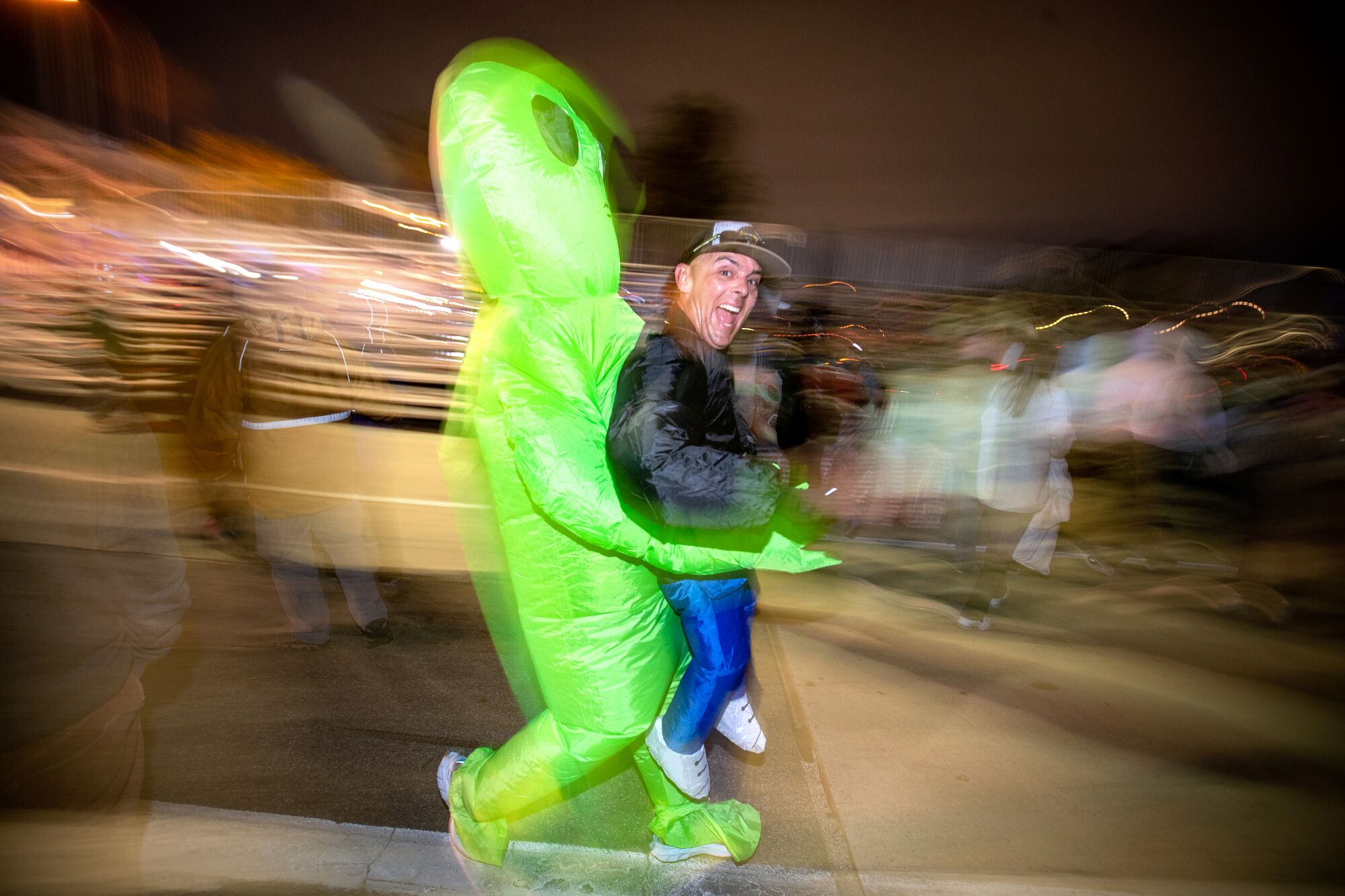 David Rivas of Harbor City in his alien costume early morning run with the South Bay Runners Club, running the 10 mile stretch ahead of the 2023 Tournament of Roses Parade along Colorado Blvd. in Pasadena. In the cold weather, Alice Jacquez, left, who has been at the parade for 45 years, and Sandra Jauregui, who is attending the parade for the first time, are trying to stay warm after waiting to mark their vantage points since 9:30am the previous day overnight at the 2023 Tournament of Roses parade before walking down Colorado Blvd. in Pasadena. 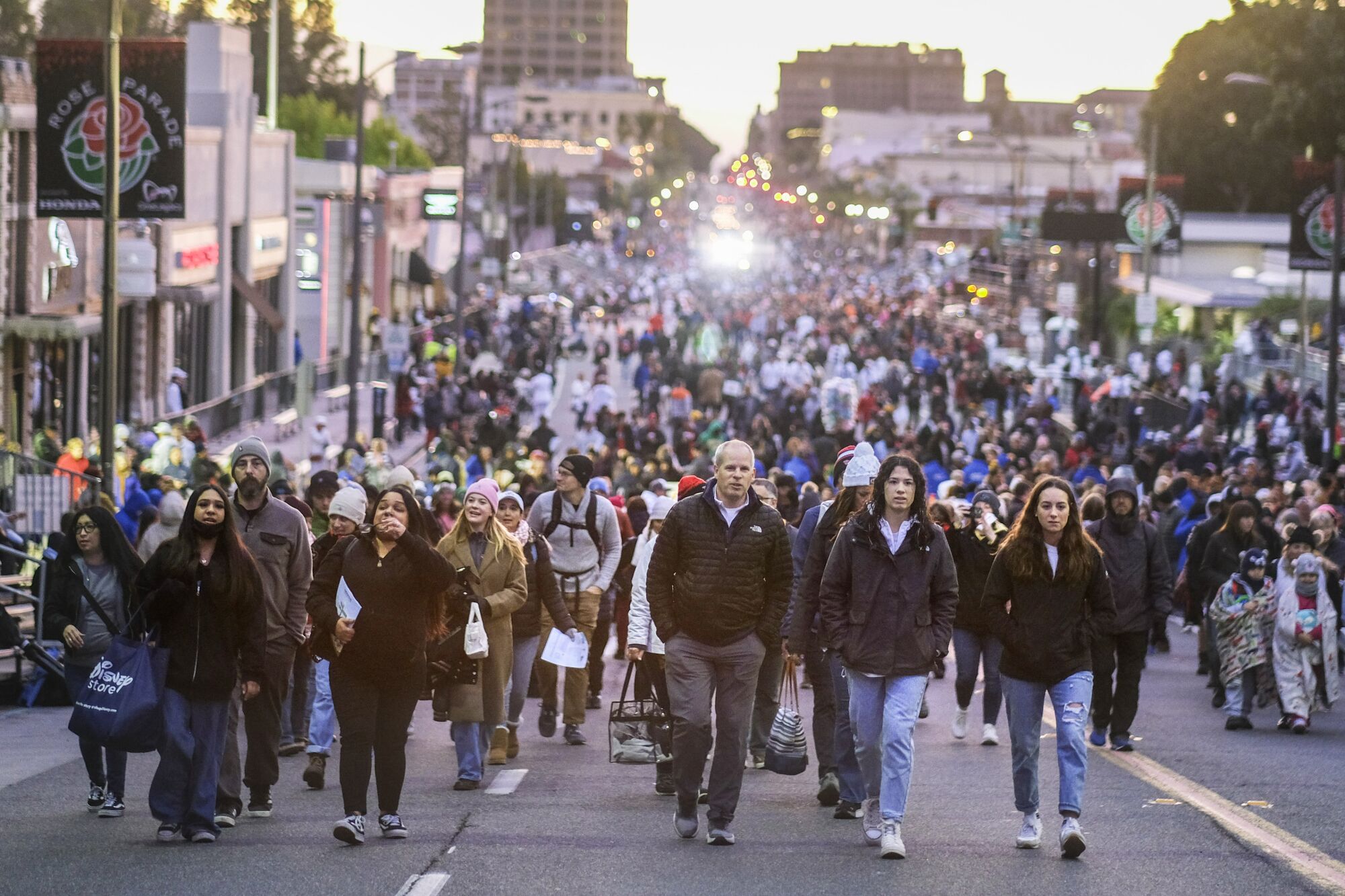 People arrive early Monday at the 134th Tournament of Rose Parade in Pasadena.

(Ringo Chiu / For the Times) Parade-goers get a pre-dawn view of the 2023 Tournament of Roses Parade before heading down Orange Grove Blvd. down and turns onto Colorado Blvd. 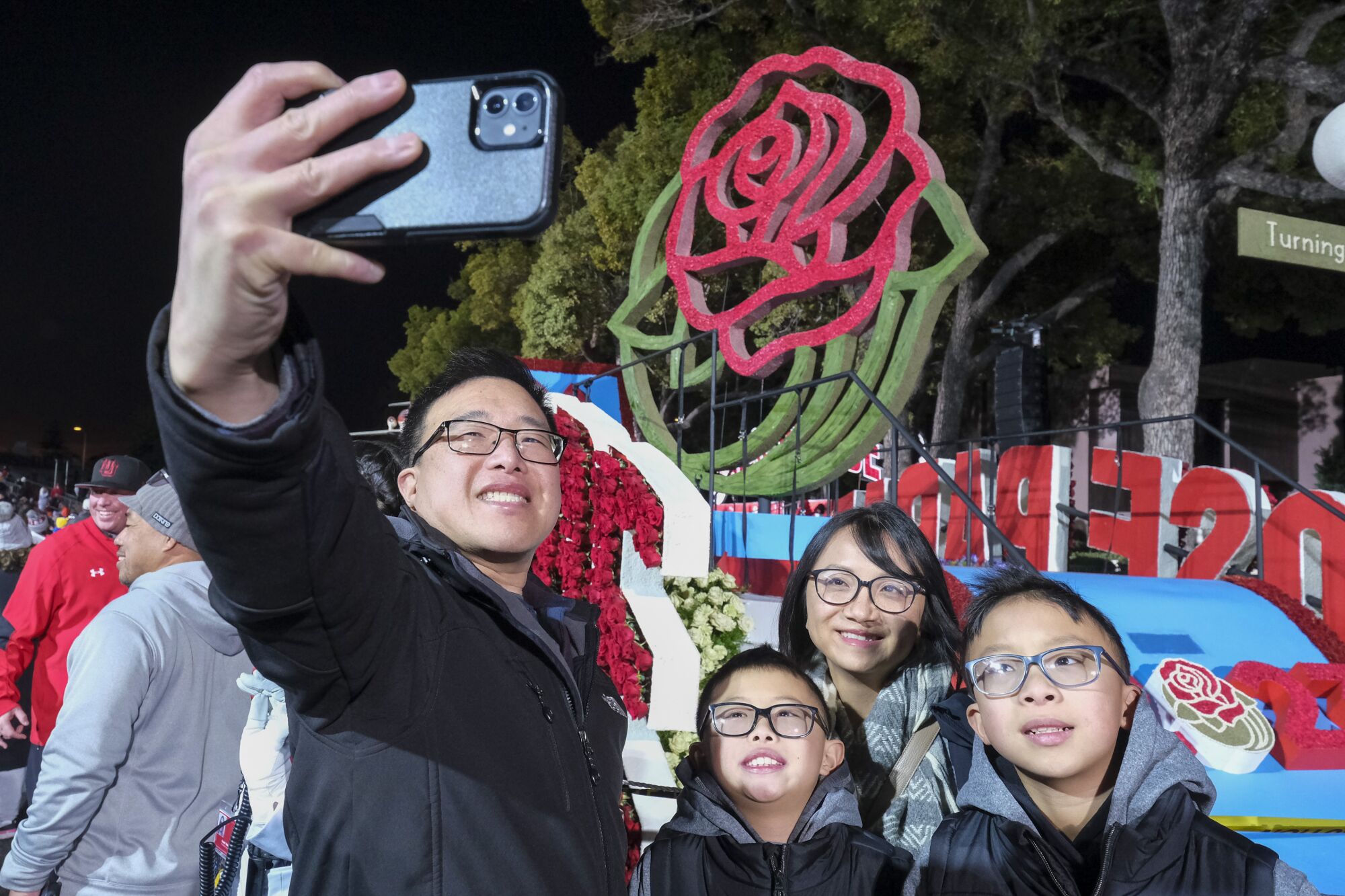 The Yee family takes a selfie in front of a float ahead of Monday’s 134th Tournament of Rose Parade.

Jeremy Renner in “critical but stable” condition after…