Arctic lakes are disappearing fast, and scientists are finding out why 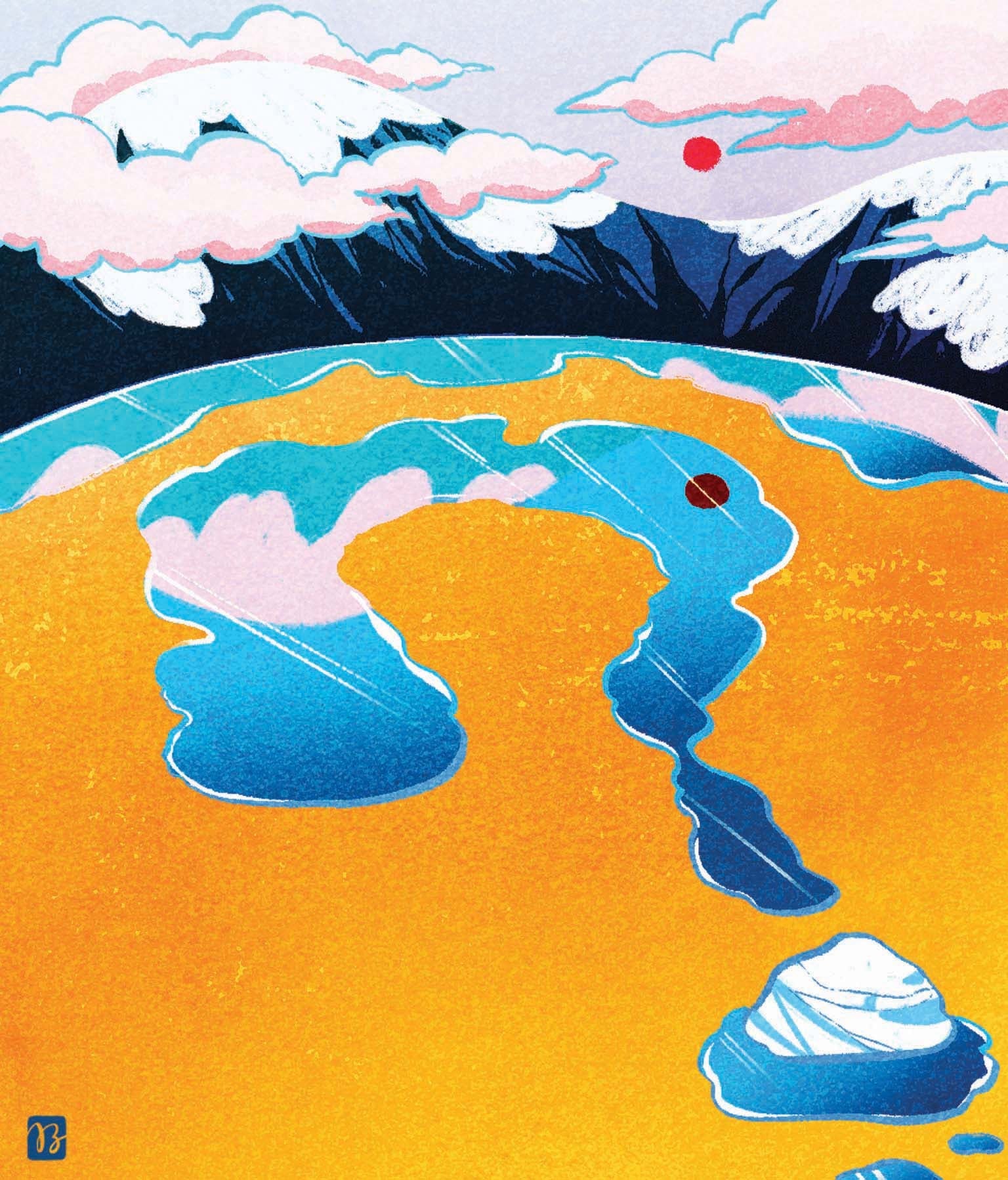 Research sometimes proves with data what we more or less already know. Exercise is good, polluted air is not. Still, sometimes our intuitions are wrong and scientific discoveries surprise researchers just like the rest of us. A recent example is the phenomenon of vanishing lakes in the arctic tundra.

One might think these lakes would expand, not disappear. As climate change warms the tundra — snow and ice on the surface melts and permafrost thaws — there should be more surface water. Existing lakes should grow because of the extra water, and new ones could form. Recently, however, scientists have observed not just shrinking lakes, but lakes that have completely disappeared. A paper based on satellite imagery, published this year in Nature Climate Change, found widespread sea loss in the Arctic over the past 20 years. Led by University of Florida postdoctoral researcher Elizabeth Webb, the science team found that lakes have shrunk or disappeared entirely in 82 percent of the Arctic’s lake-rich regions.

Scientists have long recognized that global warming would thaw permafrost, and like many climate effects, this appears to be happening faster than predicted. But the surprise really concerns the water bodies in the permafrost environment.

Many scientists shared the reasonable expectation that as the permafrost thaws, the lakes would initially expand because more meltwater flows into them. Eventually, researchers predicted that progressive warming during the 21st and 22nd centuries would dry out the Arctic enough that lakes would begin to shrink. But now it looks like Arctic lakes may be disappearing a century or earlier than predicted.

There’s a big difference between a lake that gradually disappears during a hotter climate and one that disappears from view in less than a year. By the end of the summer of 2018, after what was then the warmest and wettest winter on record, 192 lakes in northwestern Alaska were partially or completely dry. Some large lakes thought to have existed for millennia have shrunk drastically in just a few months. Scientists have dubbed this phenomenon “catastrophic lake drainage.”

What caused this? Basically, the soil is becoming more and more permeable. We speak of “solid ground,” but its rock, mineral, and organic particles actually have interstices. Outside the Arctic, these spaces are filled with air or water; Surface water flows into them. (You can see this after a few hours of rain when the puddles have disappeared.) Arctic landscapes are different. In permafrost, the pore spaces are filled with solid ice, so that liquid water cannot easily penetrate. But when the permafrost thaws, water can flow down. So these lakes in the far north are disappearing because surface water can quickly drain underground as the permafrost warms.

Why have scientists overlooked this? One reason given by Webb and her colleagues is that most climate models assume that permafrost thawing is caused solely by warming of the air. New evidence suggests that precipitation – particularly increased autumn rains – is now a significant contributor to permafrost loss. Precipitation carries heat into the ground. However, none of the models in the large Coupled Model Intercomparison Projects (CMIPs) contain such processes. This is a good example of why, no matter how sophisticated our models are or will one day be, we need direct observation of the natural world.

Lakes make up up to 40 percent of the Arctic lowlands, where they provide important freshwater for indigenous communities and important habitat for a wide variety of plant and animal species. The loss of swampy areas that accompany these lakes may also lead to an increase in wildfires that are melting more permafrost in a worrying feedback loop. This permafrost contains vast amounts of methane, a greenhouse gas that can briefly warm the atmosphere 80 times that of carbon dioxide. A rapid release of this methane could dramatically accelerate global warming.