At Monterey Park and Half Moon Bay, it’s “One of Us”

Chuching Wang, President of Taiwan Benevolent Assn. from California, squinted in the light from about a dozen television cameras, and spoke softly and deliberately.

“How did this happen in my Monterey Park?” he asked, shaking his graying head. “We are so proud to be a model minority.”

It was 7:40pm Monday and more than 100 people had gathered for the first of several vigils planned for this week as people try to make sense of a mass shooting that left 11 dead and 9 injured in the heart of Southern California’s Chinese American Community.

Authorities say Huu Can Tran, 72, stormed into the Star Ballroom dance studio on Lunar New Year’s Eve and opened fire on Asian-American grandparents and parents in their 50s, 60s and 70s — and then attempted to do the same do in Lai Lai ballroom in the Alhambra before fleeing. There is much speculation, including that Tran was driven by jealousy of a woman, but his exact motives remain unknown.

What many mourners in Monterey Park didn’t know was that “this” had already happened again at 7:40 p.m. Monday – nearly 400 miles away in the Bay Area.

Indeed, after a tragedy.

Not only have California’s Asian American communities lost lives in very public, very violent, and very senseless ways over the past few days. Those losses were compounded by the pain of hearing that — as more than a few people told me at Monday night’s vigil — “one of us” did it. 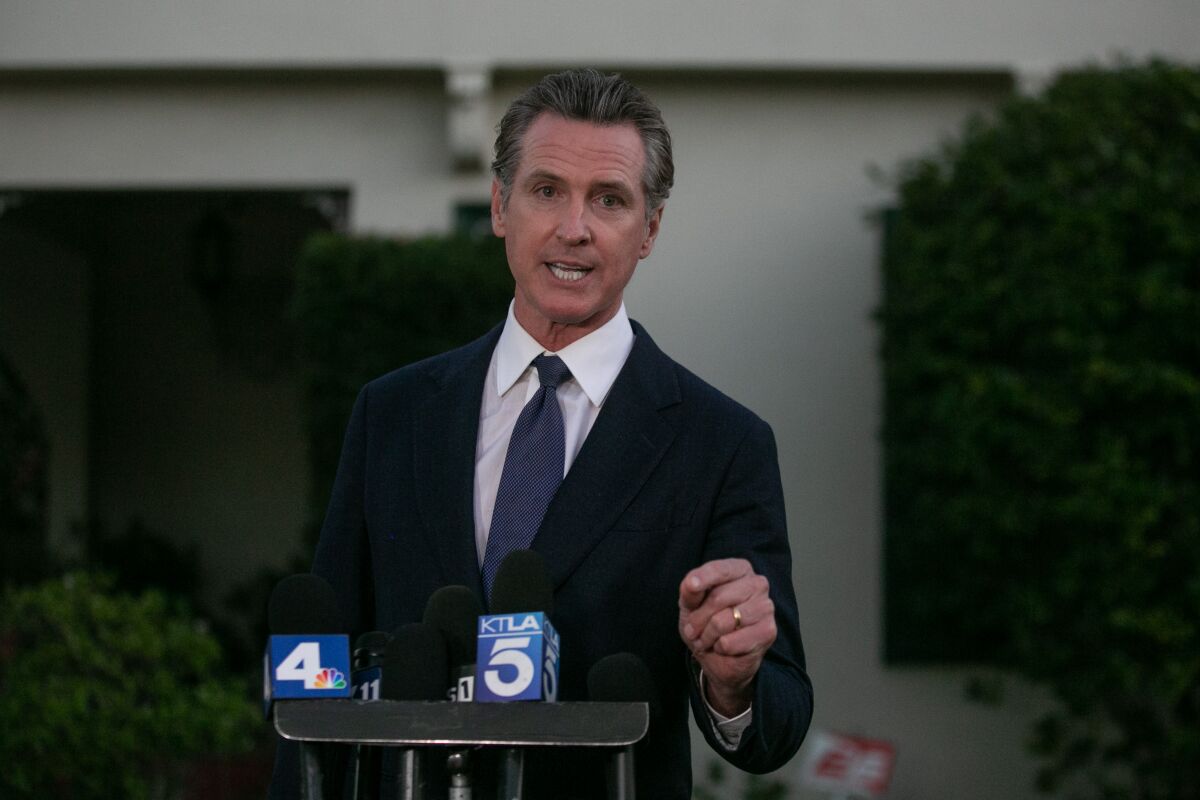 Gov. Gavin Newsom speaks about the mass shooting that killed 11 in Monterey Park.

“One of the big problems right now is hatred of Asia. And of course it’s a terrible thing,” newly elected San Gabriel City Councilman Eric Chan told me after addressing the candle-bearing crowd. “But as an Asian American, I am proud of my race. And then hearing that it was an Asian American who committed the crime? It’s terrible.”

He shook his head.

“Just the thought that in our own community,” Chan continued, “we have someone who carries so much animosity and hatred in their heart, wherever they come from. When it’s committed by one of my own, I feel particularly bad.”

It’s a painful feeling that’s easy for me to recognize because, unfortunately, black people understand it all too well.

For numerous reasons – many of them rooted in poverty, trauma, and centuries of systemic racism – black people are both disproportionately victims and perpetrators of crime. It’s a reality that Black pastors and Black families have long lamented as self-defeating and self-defeating.

And yet, even when Black people are killed in acts of hate — like when an 18-year-old white supremacist drove 200 miles to shoot dead Black people at a supermarket in Buffalo, NY last year — it doesn’t take long for the conversation to ” but what about Chicago?” Or, when activists take to the streets to denounce an act of police brutality that claimed another black life, they always say, “But what about black-on-black crime?”

This kind of victimization, wrapped in a thin shield of whataboutism, leaves little room for the pain of our community or for honest political conversations about economic justice and mental health. Instead, it insidiously inspires shame. 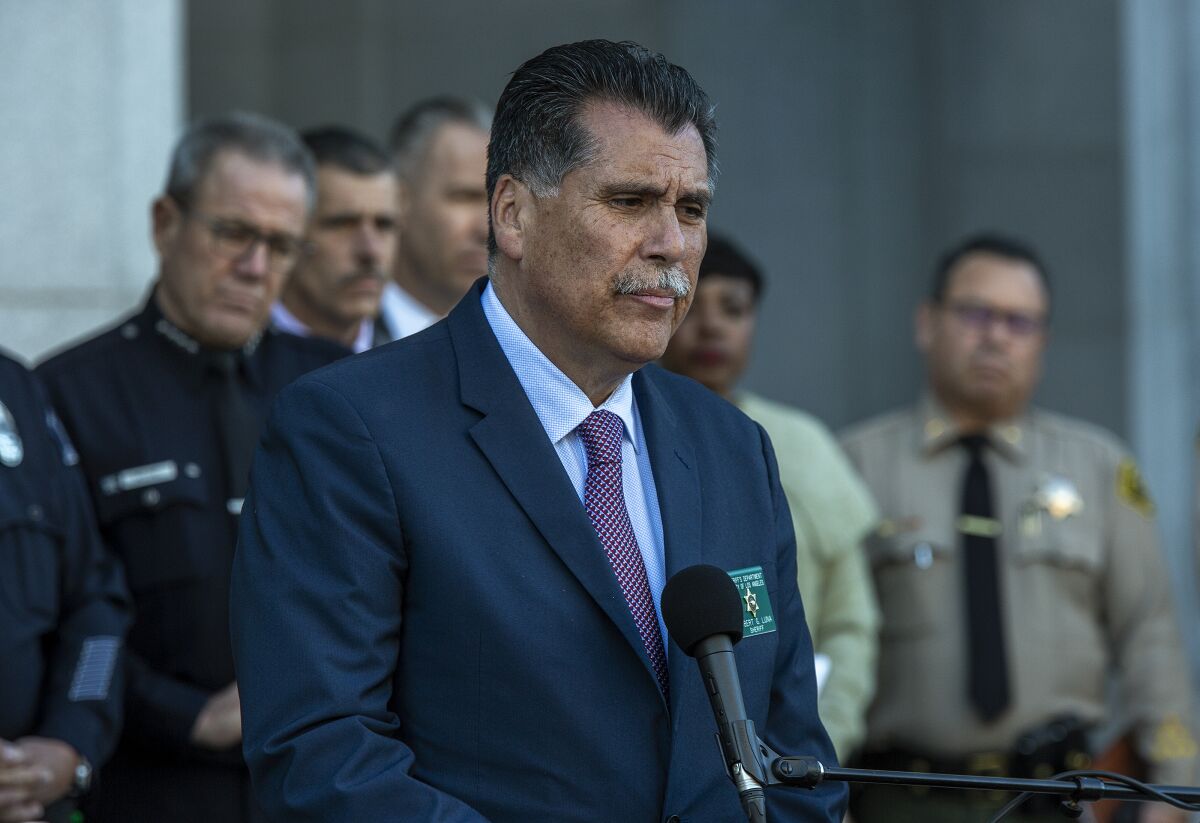 And so I was disappointed, if not entirely surprised, to see social media erupt in similarly frenzied right-wing cheers after Los Angeles County Sheriff Robert Luna posted a photo of Tran as a suspect in the Monterey shooting Park had published.

“Liberals were quick to holler hate crimes against Asians over the mass shooting,” one person tweeted. “There’s just one small problem. The shooter was Asian. Liberals want a race war so badly they will bend low to cause it.”

“The racist a-Democrats are not angry or saddened by the shooting in Monterey itself,” tweeted another. “They’re pissed that it was Asians on Asian crime and not a WHITE REPUBLICAN, so they can’t push their hate crime gun control narrative.”

The Twittersphere was so toxic that prominent Asian Americans pushed back.

“There’s a level of joy in those ‘Sagittarius is Asian’ replies that just… fuck yourself,” Korean-American blogger Phil Yu tweeted.

And then there was this tweet by Stephanie KyeongSeon Drenka, co-founder of the Dallas Asian American Historical Society: “The sneer of some people who revel in the fact that the shooter could be Asian because they now successfully own the libs who feared this was a hate crime instead.” Acknowledging the collective trauma and grief our community has faced to date says a lot.”

Most troubling have been the blatant attempts to downplay and even dismiss the very real increase in racism and hate crimes against Asian Americans since the beginning of the COVID-19 pandemic. California alone saw a 177.5% increase from 2020 to 2021 (although black people are still the most attacked overall).

“Asians and Asian Americans have been outright terrorized during the pandemic (as well as throughout American history),” Korean-American author Min Jin Lee tweeted, “and adding in mass shootings committed by members of our own community only reinforces ours.” Loss of security and our precarious sense of security.”

Hate crimes can also be intraracial — as we were reminded last year when David Wenwei Chou, a 68-year-old Las Vegas security officer, shot and killed six people at a Taiwanese church in Laguna Woods. Authorities found notes in Chou’s car stating that he doesn’t believe Taiwan should be independent from China and that he has a problem with the Taiwanese people. FBI agents arrive at a farm where a mass shooting took place near Half Moon Bay, California. Seven people were killed in two different locations.

Helen H. Hsu, director of outreach, counseling, and psychological services at Stanford University, laments that this type of violence doesn’t get enough mention in Asian-American communities.

Meanwhile, gun deaths and gun purchases have increased. Toxic masculinity remains a largely unappreciated problem that all too often leads to domestic violence and even murder.

“If you disaggregate us as Asians, we have the highest household income and the very lowest. We have the highest educational qualifications and the very lowest,” she said. “When you mix these together, we look like a nice, regular bell curve. But there are people in our community who are really, really, really unwell, and we don’t talk about them.”

“But some of us like the exemplary minority myth, and so there’s a lot of cultural stigma to hide our problems,” added Hsu, who is also president of the American Psychological Association’s Society for the Study of Race, Culture and Ethnicity.

If anything, the mass shootings in Monterey Park and Half Moon Bay have made these issues harder to hide and ignore.

Tran, who killed himself Sunday as a SWAT team surrounded his van in Torrance, was described by a former friend as a loner who was “miserable and desperate”. Two weeks before he armed himself into two dance studios, he told police a wild story about his family trying to poison him years ago and about him being a victim of fraud and theft.

Zhao, who is charged with murder, lived and worked with some of the farm workers he is accused of shooting. According to the San Francisco Chronicle, a former colleague accused Zhao of attempting to choke him in 2013 and subsequently filed for a restraining order.

Hyepin Im, President and CEO of Faith and Community Empowerment, said it’s time to debunk the myths and debunk this exemplar minority stereotype. Because as we can see, if left unaddressed, one person’s problem can quickly become everyone’s problem.

“A lot of community leaders, all of us are committed to the need to address gun violence and mental health services resources,” she told me. “And so we don’t take it — at least in the rooms I’ve seen — as a shame factor.”

Newsom, speaking to residents at Monterey Park earlier this week, acknowledged walking through a community that feels “underrespected and underappreciated [and] underfunded.”

It shouldn’t take a mass shooting to make it clear that people have unspoken needs. And no community should be ashamed of demanding the government attention and resources necessary to prevent future harm.

This is as true for Asian Americans as it is for blacks.

“It is always sad when someone in your community has committed a heinous act. We’re always afraid, ‘Is that our race?’” I said to myself. “That’s the reality of America, I think.”

Senators put Ticketmaster to the test over Taylor…