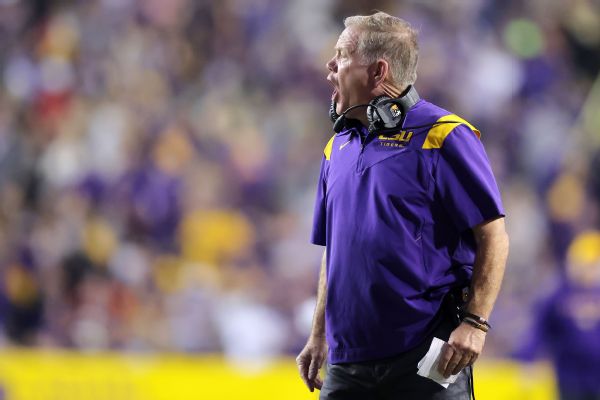 BATON ROUGE, La. – LSU accidentally overpaid Tigers football coach Brian Kelly by $1 million in the first year of a 10-year, $100 million contract, but discovered the error and attempted to correct it, the Office of the Comptroller by Legislation said from Louisiana on Wednesday.

Kelly was overpaid in 2022 by $1,001,368 in additional payments due to duplicate payments being made both to Kelly’s LLC and directly to the coach.

The duplicate payments began in May and continued until LSU officials discovered the errors in November.

“LSU management and the head football coach have enacted an adjusted payment schedule so that the overpayment amount will be recouped by the end of fiscal year 2023,” the statutory auditor’s report said.

Kelly, who previously coached at Notre Dame for 12 seasons, was hired by LSU after the 2021 season when the Tigers lost 6-7 in their first losing season since 1999.

LSU exceeded expectations in Kelly’s first season at Baton Rouge, winning the SEC West Division and finishing 10-4 after a 63-7 win over Purdue in the Citrus Bowl.

A state wants to cut spending on food…