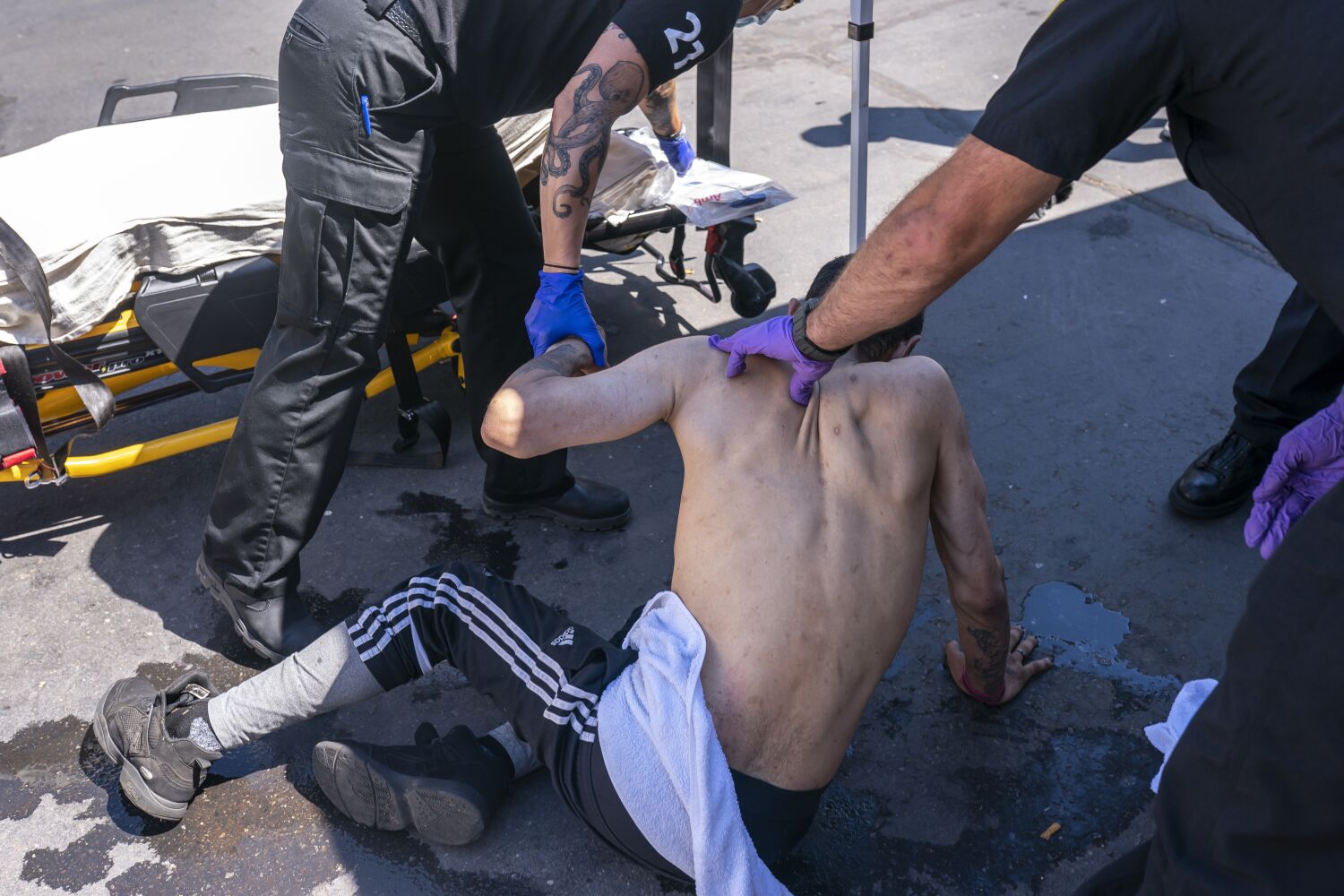 As California awakens to the increasing risk of extreme climate events, researchers are shedding new light on last year’s anomalous and extreme heatwave in the Pacific Northwest. A study published this week says such heatwaves could be 20 times more likely to occur if current carbon emissions continue unabated. Another said they could also be almost 10 degrees hotter.

Such an event would have been “virtually impossible” in the 1950s, but atmospheric warming has already increased its likelihood to about a 0.5% chance per year, according to a Columbia University study published Thursday in the journal Nature Climate Change has been published. Should warming exceed 2 degrees Celsius – the upper limit set by the International Panel on Climate Change – this probability could increase to 10% per year as early as 2050.

“The biggest control over how bad heatwaves get — beyond how bad they already are — is the amount of CO2 we put into the atmosphere,” said Samuel Bartusek, Ph.D. Student at the Lamont-Doherty Earth Observatory in Columbia and lead author of the study. “There’s really only one solution to putting more carbon dioxide into the atmosphere, and that’s to stop it.”

Bartusek said the extraordinary heatwave was “shocking” for both the people who experienced it and the scientific community, which is why researchers hope to gain a better understanding of its physical mechanisms and how it relates to climate change.

“This was an extremely strange event,” said Michael Wehner, a climate scientist at Lawrence Berkeley National Laboratory who co-authored another article on the heatwave published last week in the journal Geophysical Research Letters. “Of course, it was also tragic because of the resulting mortality.”

Among other conclusions, this paper found that the heatwave was so unprecedented that it essentially destroyed most of the standard instruments used to measure human impact on heatwaves.

Wehner said such statistical outliers make it difficult to predict with certainty the future frequency of such events. However, his paper does provide insights into temperature, noting that global warming during the heatwave caused peak temperatures to rise by as much as 1.8 degrees.

Future warming could result in an increase in heatwave temperatures of about 9 degrees by the end of the 21st century, the paper said.

“The bottom line is that the magnitude of climate change is really being determined by us and by the people we elect to either mitigate emissions of carbon dioxide and other greenhouse gases or not,” he said. “And the less we do, the worse it gets.”

The Columbia researchers also found that several factors came together to contribute to the formation of the glowing heat dome, including unusually dry soil and jet stream disturbances.

In California and other parts of the western United States, increasing heat, drought and desiccation are contributing to long-term drying of soils, which means less water is evaporating into the air, Bartusek explained.

“And when there’s less evaporative capacity coming from the ground, there’s a greater warming effect — with the air just above the surface being heated more effectively,” he said. He added that in some areas there was likely “this feedback process where the land surface helped amplify some of the highest temperatures.”

The jet stream — the fast-moving air currents in the upper layer of the atmosphere that direct weather systems from west to east — also played a role in the heatwave, according to the study. Before and during the event, the jet stream “buckled” into a wave pattern and slowed, essentially locking the weather system in place and allowing the heat dome to build over the region.

Researchers noted that climate change impacts on the jet stream are still debated, although some scientists believe such wave patterns are becoming more frequent and extreme due to human activities. Wehner said the question is “one of the most interesting problems in climate science right now.”

“There definitely remains a possibility that with global warming we will see more of these types of unusual flows,” he said.

Kai Kornhuber, an associate research scientist at the Lamont-Doherty Earth Observatory and another author on the Columbia study, said the results show how discrepancies between soil moisture, the jet stream and other factors can push temperatures even beyond their usual magnitudes.

“Sometimes these factors just coincide and conditions emerge that create a perfect storm,” he said. “What’s important to note here, however, is that each of these drivers has increasing trends associated with climate change… These types of coincidences could be more likely to occur in the future simply because these common drivers are all related.” climate trends.”

How likely such heatwaves are to reach that 10 percent annual probability by 2050 depends a lot on society’s ultimate emissions path. But “given the accelerating trends in extreme weather events worldwide, there are reasons to believe these estimates might even be somewhat conservative,” Kornhuber said.

He and the other researchers noted that while some studies’ numbers and predictions differ, their gist is very similar — that the extreme heatwave was essentially impossible at pre-industrial emission levels.

“Importantly in this regard, these methods all agree that climate change plays a major role in every heat wave we see today,” Kornhuber said.

Though the results are bleak, the researchers said they could help inform future modeling of such events and help people better prepare. Many parts of the Pacific Northwest were unequipped for such extreme heat, including homes without air conditioning and infrastructure systems unable to withstand such stress. Wehner said improved adaptation efforts and contingency planning would help, but that such events will eventually “get worse because there’s a lot of climate change baked into the system.”

“The more we can reduce our emissions – eventually to zero, to zero – and the sooner we can do that, the better to avoid worse tragedies,” he said.