Elizabeth Wong on coming to terms with filming at Monterey Park 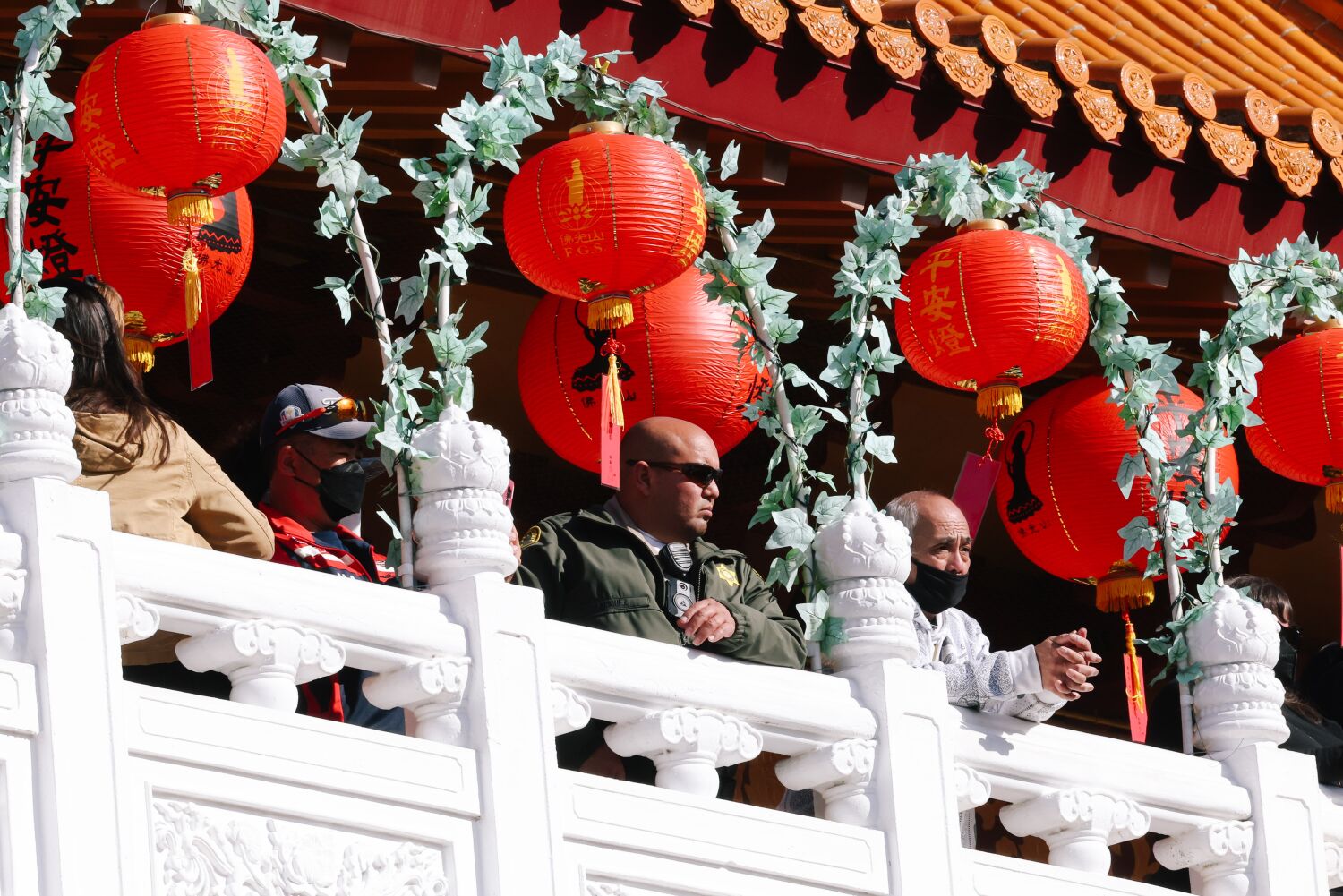 I found out about the shooting in my beloved city the morning after it happened. On Sunday my sister-in-law called to change the location for our New Year’s dinner. But it was a confusing conversation.

“About what happened last night,” she explained. Which was not an explanation for me, but another mystery to be solved.

“So I think we should find another place for lunch,” she continued. “How about the Guadalajara Grill?”

“Well, I love Mexican food, but, uh, are you sure? Isn’t today the first day of the Chinese New Year?” I took a chance, hoping not to offend, and tried to clear my morning brain fog. (I had stayed up all night to finish a new piece.)

“You don’t know anything about it, do you?” she said.

That’s how I learned of the tragedy in the ballroom, located about five minutes from my mother’s home in Monterey Park, a beautiful city where the traditions, languages, and customs of my upbringing have found a permanent home. MPK is a gentle suburban melting pot with 13 parks, a domed observatory and a waterfall. It’s a haven for Asian foodies and lovers of colourful, mismatched granny streetwear. And it doesn’t deserve to be associated with mass murder forever.

So yeah, I love the city I grew up in and I love it when my sister-in-law speaks in riddles. What struck me about their cautious and veiled conversation was the Herculean effort to adhere to one of two key tenets to welcome a Chinese New Year and ensure a happy 12 months ensued.

The first principle is why my sister-in-law was so sneaky; She tried to respect the taboo against spreading bad news. Words like “death,” “kill,” “murder,” and “shooting” would be tantamount to spawning bad juju, a blatant violation of proper Lunar New Year mentality.

To that end, my mother had ordered a TV news blackout a few days earlier. She instituted this moratorium to hold back the rising tide of things that are wrong in the world – war, lies, wrongdoing – coming into our homes and ruining our New Year’s happiness. Mom is not only a fanatic viewer of basketball but also of the news (CNN, MSNBC, late night talk shows) so this block was neither a joke nor an easy thing to maintain. But we did. My sister-in-law merely respected that wish when she called me that awful morning.

My brother Will and I practiced this obligatory joy at the beginning of the week-long annual celebration. At a young age we are initiated by our elders – those close to us, as well as friends who became aunts, uncles and cousins ​​through polite shouts. Each red envelope given as a New Year’s gift featured smiling recitations of beautiful phrases that bestow happiness, prosperity, and health from the heart, with a burning hope that all our heart’s desires would come true in the coming year.

From an early age, we were taught to say kind words, think happy thoughts, and keep a positive attitude about the future—for ourselves and for everyone around us. Especially for my little family, because New Year’s Eve is all about family. And since Will, my only brother, died five years ago.

To tell the truth, growing up I didn’t appreciate these ceremonies or the uttering of good words. I just wanted the red envelopes with their crisp new money in them. Not so much those magical words of congratulations, spoken in my mother’s native Taishanese, rushing at me in a smiling stream of loving intentions in a language I barely speak—a dying language that many native speakers are now in their advanced golden stages of Years. A language that belongs to my grandparents and parents, the generations who sacrificed and endured more than I will ever know, who bravely emigrated and dreamed of a better life not for themselves but for their children.

And now her American dream has collided with an American nightmare we tolerate for no good reason — one that, at the start of the Year of the Rabbit, forced us to break a deep taboo just to make sure our loved ones are safe.

The second major tenet of the Lunar New Year is the requirement to be home for the holidays. Children who are scattered far and wide should fly home and be with the family. I can respect that much better now, having been forced to be home by the pandemic for the past three years. Before lockdown, I always chose to attend rehearsals out of town or enjoy the snowfall on the east coast on New Year’s Eve, partying with friends or even strangers, without realizing why my mum was getting so – and loudly – over it the risk I resented unknowingly inflicted on my own happiness.

In fact, last Monday, much to my mother’s dismay, I was supposed to be in Boston attending a first rehearsal for my latest play. But what happened in the ballroom is a harsh reminder that that, too, is a rule to be respected and cherished. Since moving back to Los Angeles, being home in Monterey Park, and taking care of my mom, I’ve reconnected with the neighborhood and culture that raised me. And I’ve learned to take those magic words with gratitude.

To honor our elders and ancestors, and families shocked by this senseless, stupid tragedy, and to support the city – my home – that has suddenly burst into the national spotlight, I share some of the good words in my clumsy phonetic approximations:

All my life I’ve heard those words. Sometimes I’ve heard them in gibberish, obligatory sayings that anyone who speaks Taishasian or Cantonese seems to be familiar with. Other years, like this year – especially this year – I only hear urgent, fervent prayer. I wish our nation healing and peace. I wish for an end to this madness.

Wong is a Los Angeles-based playwright and theater director. Her latest comedy is @Lys, based on Lysistrata by Aristophanes.