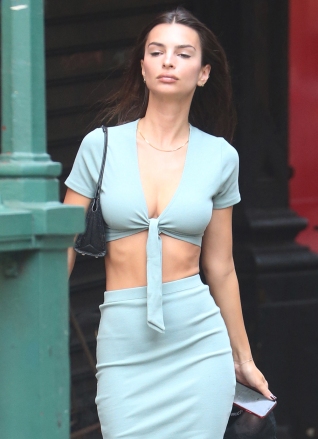 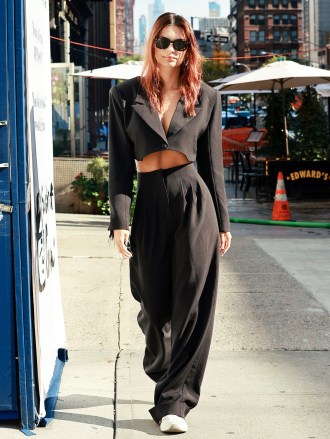 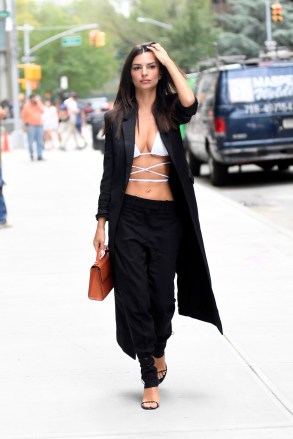 Just a month after they were spotted kissing, Emily Ratajkowski, 31, and DJ Orazio Rispo spent some time together while in New York City on November 21 (see PHOTO here). The musician was photographed waiting outside Emrata’s apartment building, wearing a black down jacket and hat. Remarkably, the My Body author was not pictured outside the building and managed to dodge the paparazzi amid her speculated romance with Saturday Night Live alum Pete Davidson, 29. 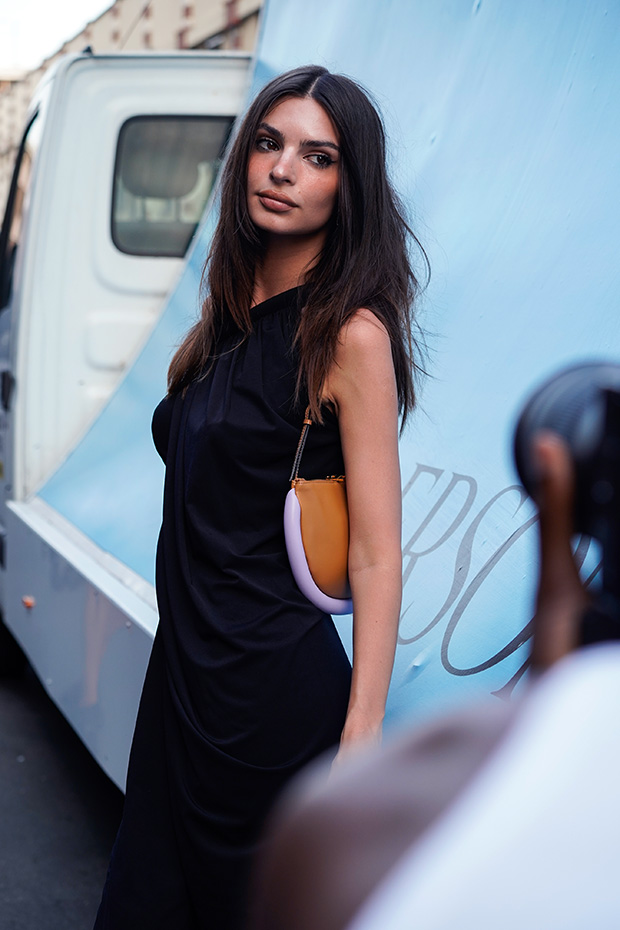 Orazio and Emily packed on the PDA on Oct. 14 while they were in the Big Apple on a different date, according to Page Six. The brunette beauty and the 35-year-old DJ were snapped on his motorbike while Em grinned from ear to ear. On the alleged first date, the 31-year-old rocked a monochromatic ensemble that consisted of a strapless sweater and black jeans. For his part, Orazio wore a green jacket, black jeans and black leather sneakers.

The 35-year-old’s home visit on Monday also comes five days after Emily took to TikTok to let her followers know she’s interested in dating more than one person at the moment. “I would date several men, some women too. um, everyone’s hot, but in an interesting way,” the Inamorata founder said in the cheeky clip. And many of her fans took to the comments section to speculate about her possible suitors, including Pete. “pete davidson is the happiest guy alive,” wrote one admirer, while another chimed in, “she’s trying to say pete isn’t the only one.”

Emily also took to Instagram on November 22 to share a sexy video of her wearing nothing but a leopard print bikini. She captioned the video, “@inamoratawoman (psst this suit and all suits for sale are rn)”. Interestingly, the mother-of-one also included Drake’s song “Middle of the Ocean” in the clip, and it included lyrics about being newly single. “Emrata here, fresh from the divorce, and I’m trying to meet her eyes, perhaps expressing my regrets. If she wants a rebound with me, I’m willing to get her some boards,” the Grammy winner rapped. Additionally, Emily reposted a friend’s Instagram story highlighting the lyrics and appeared to agree with the track.

The starlet and her estranged husband Sebastian Bear-McClard wed in 2018 and recently split when Emily filed for divorce on Sept. 8, according to Page Six. A source claimed to the outlet that her ex was a “serial cheater” in July, about two months before she officially filed for divorce. Sebastian and the podcast host share one child, Sylvester Apollo Bear, 1, who was born in March 2021. Since then, Emrata has made it clear that she’s single and ready to mingle, as she told Harper’s Bazaar on Oct. 20 that she’s “gone on dates.”

8 free and cheap things to do when…