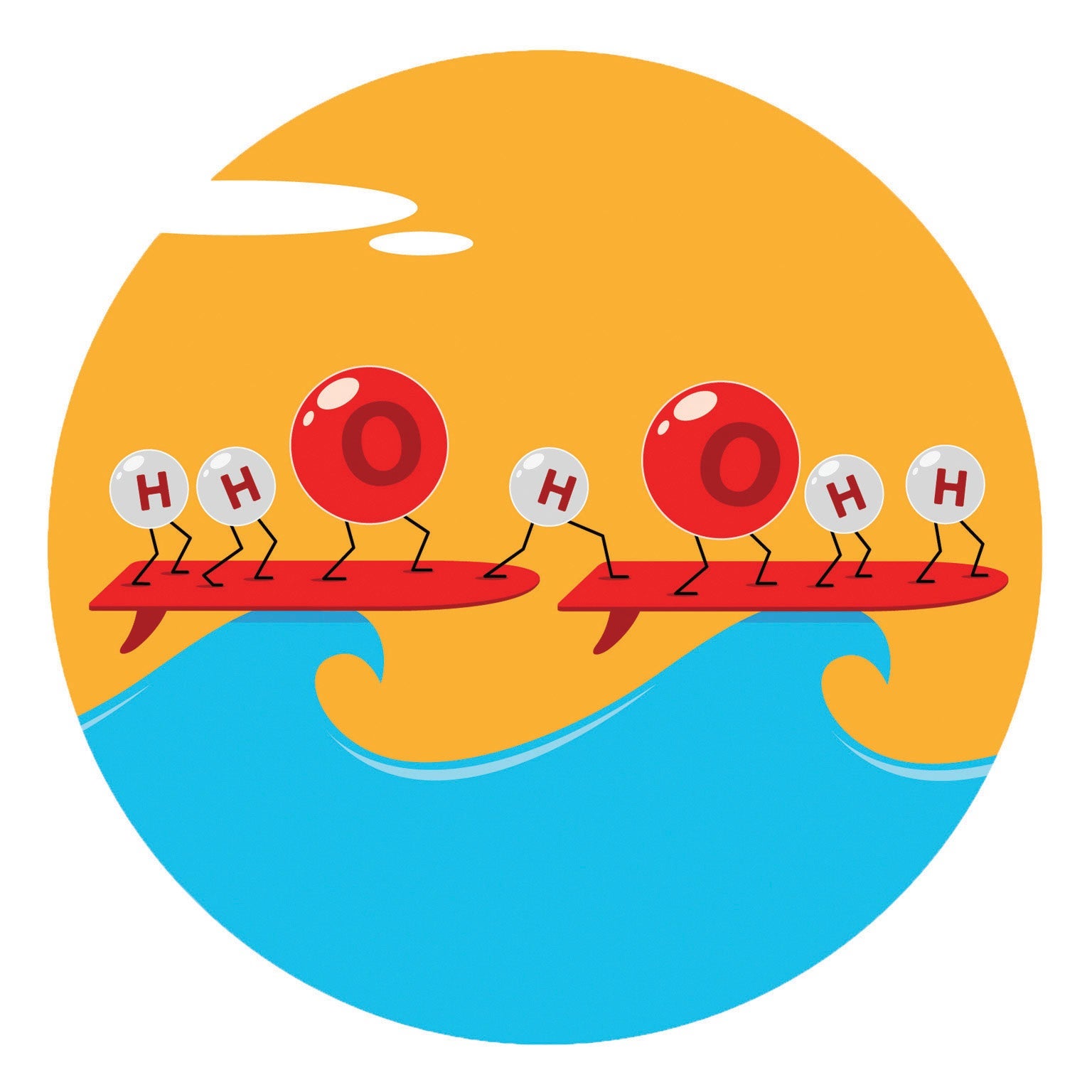 A neutral water molecule consists of two hydrogen atoms bonded to a single oxygen atom, with the entire structure bending to give the molecule a part positive side and part negative side, like a magnet. If you could magnify a glass of water you would see trillions of such molecules, along with some excess individual hydrogen atoms that have lost their electrons (in other words, just protons). For 200 years, researchers have theorized that these protons jump from one water molecule to another, attaching themselves to the next molecule and repelling one of the protons already bound there. This proton then combines with its nearest neighbor. Now a team of scientists in Beijing has imaged such particles under a microscope for the first time, helping to elucidate how these jumps occur.

Models predicted that this process occurs most commonly in two ways. In one, a proton binds directly to a single water molecule, turning it from a neutral molecule into a positive ion. Three surrounding neutral water molecules orient themselves in such a way that their partially negative sides stabilize this charge. In the other option, the extra proton sits between the negative ends of two neutral water molecules, so each shares the burden of the positive charge.

The researchers were able to verify these orientations using atomic force microscopy, a technique that creates images by tracing the nanoscopic tip of a special needle over bumps on a surface. Using this instrumentation, Jing Guo, a chemist at Beijing Normal University, and her colleagues imaged a molecular-deep network of water frozen onto a metal strip and showed how additional protons altered this network. Their work was published in Science.

Incredibly sensitive measurements were required to distinguish between the two water configurations. “The position of the protons along the hydrogen bond differed by only about 20 picometers,” says Guo – less than half the length of a hydrogen atom itself. “We are very, very excited to figure out the underlying pictures after long struggles.”

The team found that these two configurations occurred with different frequencies and ratios depending on what type of metal the water was frozen to. They also used electricity to force water to bounce back and forth between the different setups. “It’s very amazing that they can do that [directly] watch these things,” says Thomas Kuhn, a theoretical chemist at the University of Paderborn in Germany, who was not involved in this work. “It opens the door to studying the mechanisms behind it [hydrogen generation],” he says. “And maybe good things will come of it.”