Gene drives could fight malaria and other global killers, but could have unintended consequences 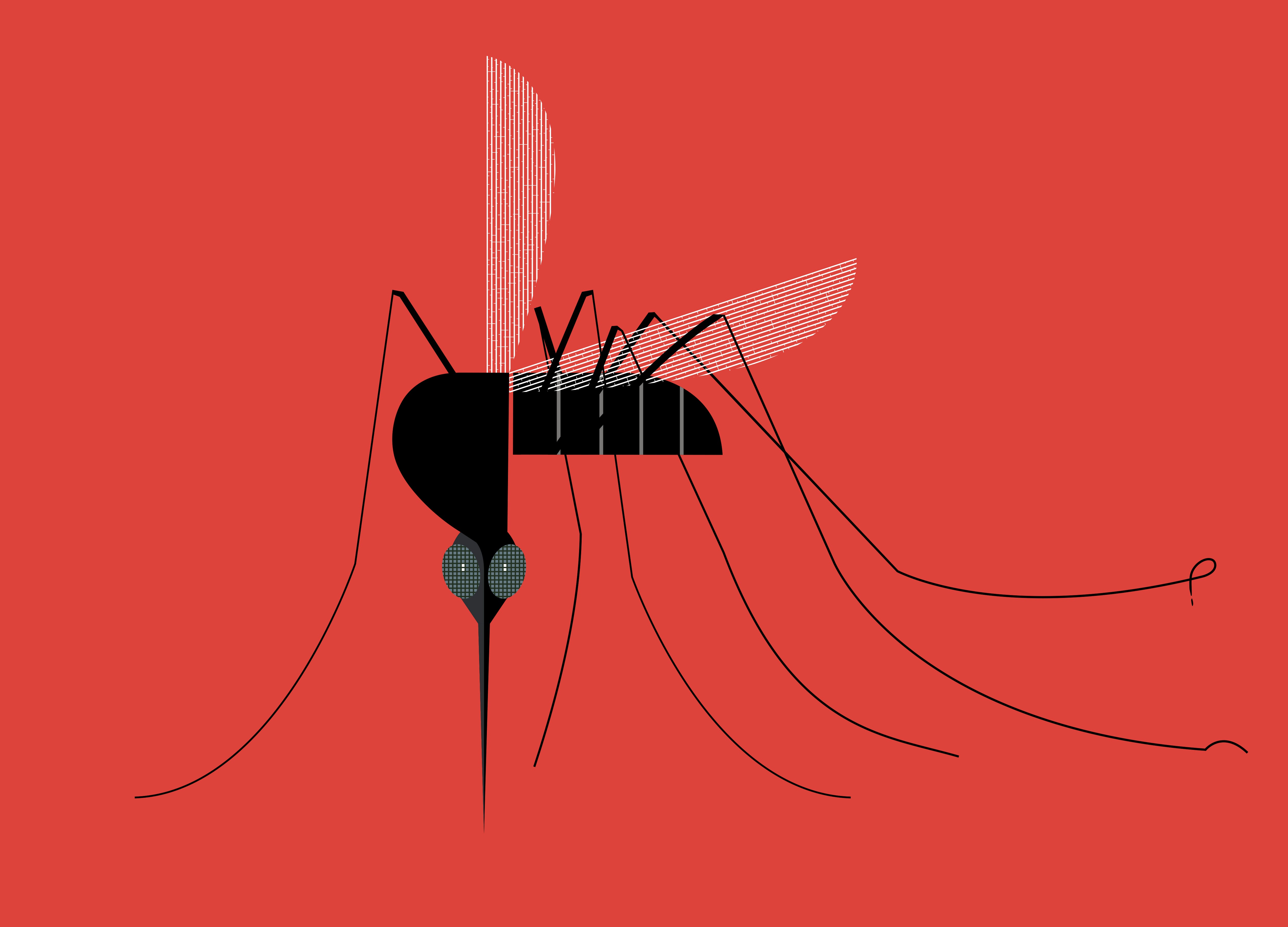 Mosquito-borne malaria kills more than 600,000 people every year, most of them children under the age of five. Some insects that are disease vectors, such as mosquitoes, are currently expanding their range around the world, bringing with them new threats. Genetic engineering can help by permanently changing insect genes through a so-called gene drive.

This technology allows a select set of genes to alter an animal’s biology in some way, e.g. B. to get it to produce sterile offspring. The inability to reproduce then sweeps through a population, turning the laws of heredity upside down. The genes copy themselves exponentially from generation to generation and quickly dominate the entire population. Their careful use could potentially save millions of lives by rendering mosquitoes unable to transmit malaria, or by eliminating the insects altogether. The possibility of a definitive solution to major infectious diseases is a compelling case for such a technical solution.

Still, you don’t have to be a Luddite or a technothriller writer to imagine how this could all go horribly wrong. The ecology is complicated and delicate ecosystem balances could be profoundly disrupted. Poorly designed gene drives could even jump to closely related animals that don’t transmit disease, for example, creating a catastrophic cascade.

Austin Burt of Imperial College London came up with gene drives in 2003. He envisioned a system in which a gene produces a DNA-cutting enzyme (an endonuclease) that is precisely targeted to the chromosomal location of the gene it encodes. Such systems are found naturally in fungi but not in animals.

When an individual carrying two copies of such a gene mates with another that does not have one, all offspring will initially have only one copy of the gene on the chromosome inherited from the gene-drive parent. But shortly after fertilization, the nuclease cuts the DNA sequence on the other chromosome of the parent who didn’t carry the gene, at the exact location of the gene drive. The cell then uses the intact chromosome to reconstruct the gap in the DNA sequence of the other chromosome.

Where there was only one copy of the gene, there are now two in each offspring. The same will happen in the next generation and the one after that; the frequency of the gene in the population will increase exponentially.

Burt then realized that it would theoretically be possible to drive this trait into the population by linking one of these endonuclease genes to a gene that induces sterility, or makes a mosquito immune to the malaria parasite, killing mosquitoes completely or no longer keeping them alive Malaria become vectors. Success would have massive consequences for human health. The challenge, however, was to introduce the endonuclease gene and its associated genetic payload into a location in the genome where it would safely function without inadvertently affecting other aspects of the animal’s physiology.

After the advent of CRISPR-based gene editing in 2013, that dream became a reality. And in 2015, researchers at the University of California, San Diego created a lab-based gene drive in the harmless vinegar fly Drosophila that simply turned all the flies’ eyes yellow. They said they had set up “a mutagenic chain reaction”. In other words, they had built what could be called a “genetic atomic bomb”. If one of these things were released into the wild, there would be no way to stop it.

Researchers around the world soon developed gene drives in mosquitoes. In the lab, large mosquito populations disappeared in less than a year thanks to the gene drive. At least in the case of insects, there is no technical obstacle to the release of such a genetic bomb. In creating gene drives in mammals (there are currently none) immense problems remain due to the way their cells respond to DNA breaks at various points in a cell’s life. A naturally occurring genetic element that exhibits some gene drive behavior was recently harnessed in mice, but it has still not been proven to alter the DNA of an entire population. Because of these technical difficulties, it may be impossible to use this technology to eradicate invasive rodents, for example.

In response to the potential ecological threat posed by gene drives, the US National Academies of Sciences, Engineering, and Medicine established a committee to study the issue, with support from the main agency funding gene drive research, Defense Advanced Research Projects Agency (DARPA). This agency, part of the Department of Defense, takes a keen interest in the technology’s potential as a security threat. After reviewing both the potential benefits and the immense uncertainty of what might happen if a gene drive were to spread in the wild, the conclusion of the committee’s 2016 report was unequivocal: “Currently, there is insufficient evidence to support the to support the release of genetically modified organisms into the environment.”

This statement did not allay all concerns. Gene drive pioneer Kevin Esvelt of the Massachusetts Institute of Technology predicted that by 2030 there would be a lab leak or other gene drive-related incident. “It’s not going to be bioterror, it’s going to be bioterror,” he said in 2016. Regulatory safeguards and public participation need to be built in from the start when thinking about deploying the technology, he argued.

The immediate question for bioethicists and regulators is whether gene drives should ever be released from the laboratory. The main international framework related to gene drives is the United Nations Convention on Biological Diversity. Of all UN member states, only the US has not signed the convention and is unlikely to do so. Stanford University researchers, including Francis Fukuyama, have called for the creation of a gene drive regulatory agency modeled on a standard-setting organization like the International Civil Aviation Organization (ICAO). But ICAO was founded in 1947 when countries were craving international regulation. The regulation of gene drives will require profound political change worldwide and especially in the USA

Gene-drive opponents, concerned about possible ecological damage and suspicious of DARPA and other funders, have called for a moratorium on the research. Research is ongoing, but there is general agreement that environmental risk assessments and the active involvement of affected communities are required before a release can be considered. Because of the possible consequences for their environment, people need to give what is called free, prior and informed consent.

Active efforts are being made to test what might happen if gene drives are allowed into the wild. In 2021, Imperial College London researchers funded by Target Malaria, a non-profit research consortium itself funded by the Bill & Melinda Gates Foundation, identified eight major ecological impacts of gene drives that could manifest in 46 pathways. Among the potential problems they examined was the possibility that the gene drive could spread to valuable non-target species, leading to a decline in their density or the health of ecosystem services to which they contribute. There is also a risk that the gene drive could produce unexpected genetic changes in the target species, e.g. B. by enabling them to tolerate a wider range of environmental conditions, leading to the spread of the disease-carrying insect rather than elimination. Any possibility would need to be tested on the ground before a decision could be made about using the genetically modified insects, even with the support of the local community.

Getting community approval has proven to be quite difficult. In July 2019, with the approval of the Burkina Faso government, Target Malaria released non-gene drive mosquitoes that had been sterilized and dusted with fluorescent powder to see how far they had traveled and thus the potential risk of spreading genes -Drive mosquitoes outside the area. The local language does not have a word for “gene”, so the researchers had to invent terms. They also used theater to explain the project to ensure illiteracy was not a barrier to understanding and decision-making.

Still, the lack of knowledge left some villagers feeling powerless. “They tell us they’re going to eradicate malaria, but because we’re not scientists, we believe them, but we still have questions about future risks,” one farmer told Le Monde in 2019. And as a woman was quoted in another 2018 Le Monde article: “We won’t have any say anyway, it’s the men who make all the decisions here.”

While giving veto to local communities is important, gene drives challenge our notions of what is “local” because insects don’t respect borders. As Kevin Esvelt put it, “Release-anywhere is probably release-anywhere.”

People in a malaria-stricken village might want to get rid of mosquitoes and be willing to do whatever it takes to save their children’s lives. But it’s not clear that they should have the right to rule over the rest of the region, country, continent, or even planet. So some kind of international regulator with regulatory powers like ICAO is essential.

Maybe there’s nothing to worry about; None of the insects currently under attack are the sole food source for other animals. But the malaria mosquito Anopheles gambiae is eaten by dozens of different species. If some of them starve even slightly, unforeseen ecological problems could arise as predators satisfy their hunger by paying more attention to other prey species and destabilizing delicate ecological balances.

Beware of any rush to adopt gene drives may also be in store, as simpler, less radical solutions might be at hand. The WHO approved a malaria vaccine in late 2021, and more than a million African children have received one or more doses in a pilot study.

The goals of gene drive researchers are precise, limited in time and space, and laudably humanitarian. Nobody plans to inflict massive biocides like Thanos in the Marvel Avengers movies. We must ensure that gene drives are subjected to the most intense scrutiny and international regulation before any use, otherwise the cure may turn out to be worse than the disease.

This is an opinion and analytical article, and the views expressed by the author or authors do not necessarily reflect those of Scientific American.

In 2022, exotic car sales were booming