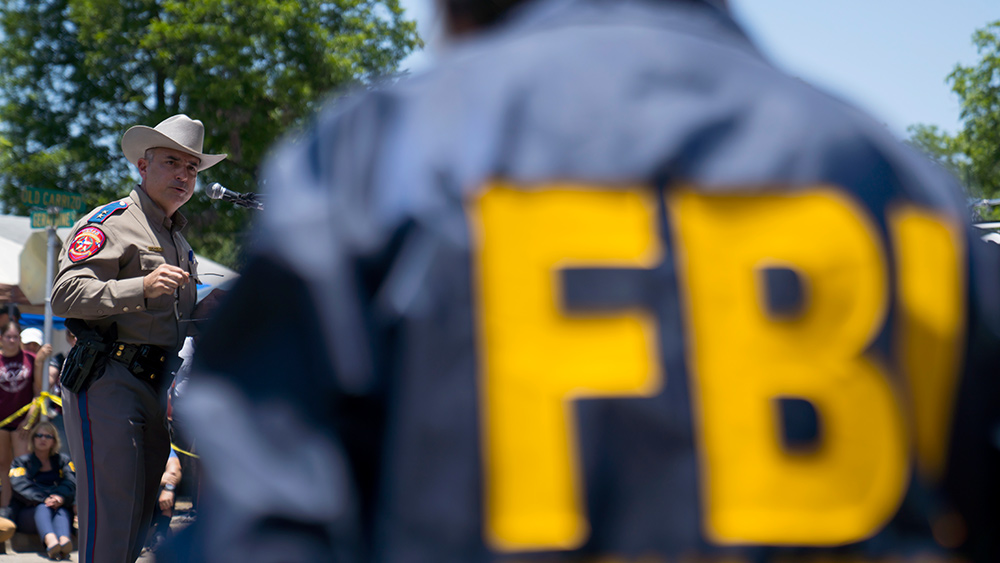 (Natural News) Ben Armstrong accused the globalists of using the Federal Bureau of Investigation (FBI) as a tool to kill America.

“The FBI is the tool the globalists are using to kill America, that’s the truth,” he said during the December 28 episode of The Ben Armstrong Show. He added: “But it’s not just the FBI – [there’s also] the CIA (Central Intelligence Agency), the NSA (National Security Agency) and many other Deep State three-letter agencies. The Deep State is heading towards its own destruction, but they don’t really seem to care.”

The journalist lamented that there were people who were unaware of the Deep State’s existence. Some dismiss it outright as a conspiracy theory.

“Basically, the Deep State is just a government bureaucracy that doesn’t want to answer to the American people and exists only to get rich. The scammers are drawn to wherever the money is in anything,” Armstrong explained.

According to him, Deep State agents have realized that Washington, DC with the dollar system is the key to all money in America and the world. “You can do corrupt things with foreign governments and get rich by being in Washington, DC — and a lot of it is legal. [But] Technically it’s not because people are paying to play and taking bribes is really what it is,” Armstrong said.

To get away with criminal activity, Armstrong said, globalists need to make sure law enforcement agencies like the FBI are protecting them. The host added that the Deep State is running everything and the rest of DC is listening to them – even right down to the hand-picked presidency.

The FBI looks the other way to allow voter theft

Armstrong said the FBI looks the other way to allow stolen elections. “What the FBI has done is basically kill America because there is no equal justice system in the country. The FBI can do what they want and punish anyone they want, even if someone might be completely innocent,” he said.

According to Armstrong, the FBI is the most corrupt US agency, followed by the CIA. The FBI is known for staging false flag attacks against the United States and staging witch hunts against the political enemies of the left.

He recalled that the FBI carried out the political coup against Trump by illegally spying on his campaign before the former president was elected. (Related: Deep State FBI agents plotted a “media leak strategy” to overthrow Trump with the help of complicit media.)

The FBI also controls both mainstream and social media.

“They slowly throttled America and they will get their wish. They will finally be in full control and that means America will no longer exist. And they face their own destruction. And they’re going to die because the really bad guys in the world are going to kill them,” Armstrong said.

Watch the full segment of The Ben Armstrong Show about the FBI being used by the globalists to destroy the US below.

This video is from The New American channel on Brighteon.com.

Revealed: The FBI met frequently with all major big tech platforms ahead of the 2020 election to rig the outcome against Trump.