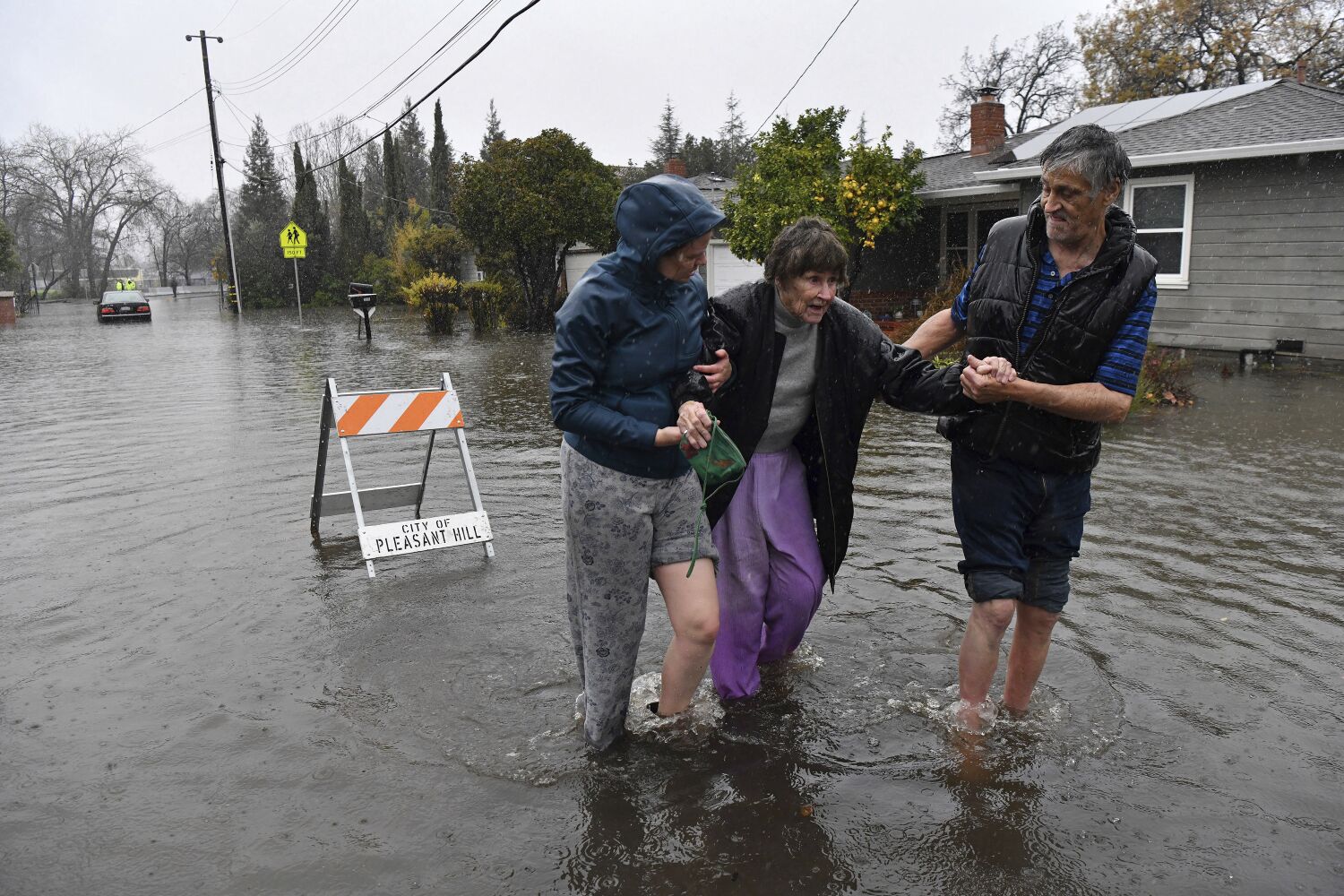 Record rain on New Year’s Eve battered a dam along the Cosumnes River near Sacramento, leaving tens of thousands of Californians without power on Sunday.

Sunny skies offered a respite from downpours on Sunday, but another atmospheric flow tumbled across the western Pacific and was set to drench California in the coming days.

The 101 freeway in south San Francisco was closed due to flooding as revelers headed out to celebrate on New Year’s Eve, but reopened a few hours before midnight.

While California’s drought is far from over, the wet weather that ended in 2022 has allowed at least some of the state’s major reservoirs to exceed their historical average water supplies.