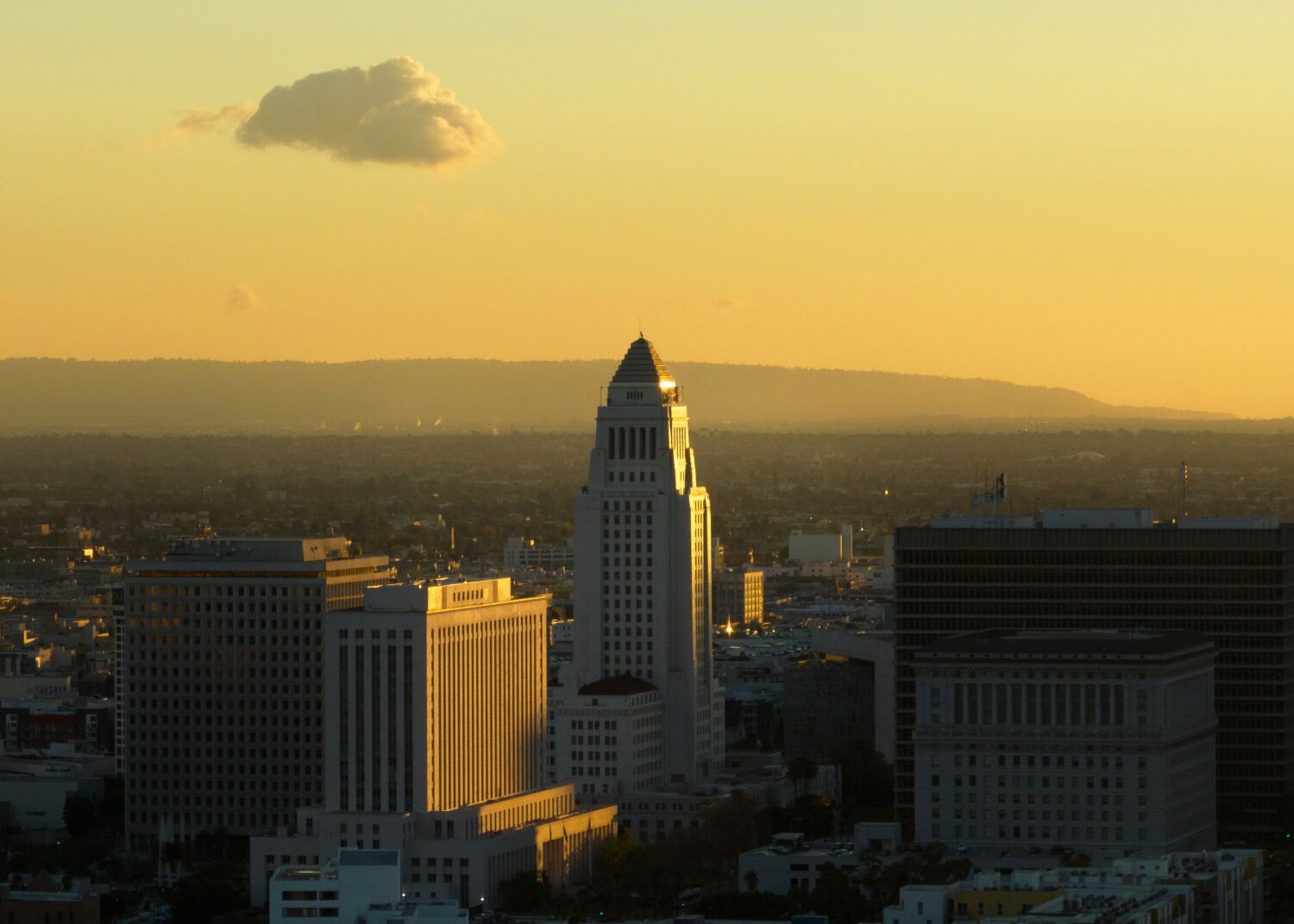 After one of the deadliest stretches in recent history, Los Angeles will end 2022 with fewer homicides and shootings than 2021, raising hopes that the rise in violent crime over the past two years is leveling off.

The number of killings stood at 373 citywide through Christmas Eve — still well above pre-pandemic levels, but down 6% from the same time last year, according to preliminary statistics from the Los Angeles Police Department. The city recorded 397 homicides last year — the highest total since 2006.

The number of people shot and killed also fell by 8% compared to the same period last year.

Law enforcement officials have attributed the turnaround in part to improved community participation and closer collaboration with other law enforcement agencies.

The year began ominously as the pace of homicides in the first few months threatened to surpass a 15-year high set in 2021. As of April 30, there had been 122 homicides in LA, including the orchestrated shooting of a man by a suspect who police say flew in from Texas and the death of a man who was gunned down in a cemetery.

Several high-profile homicides, such as the killing of rapper PnB Rock, who was fatally shot at Roscoe’s House of Chicken & Waffles in South LA, fueled reports on the news and social media about the city’s growing lawlessness. But the bloodshed eased somewhat in the months that followed.

After a steady decline from peaks in the early 1990s, when bloody gang wars pushed homicides past 1,000 a year, violent crime in LA skyrocketed in the first two years of the pandemic. Other cities saw similar increases as COVID shutdowns increased unemployment and deepened the affordable housing crisis.

Anastasiia Timmer, a professor of criminology at Cal State Northridge, said that although the hardships caused by the pandemic are still being felt, the impact on crime could diminish over time as people adapt to “cumulative stress.”

“Perhaps now we’re seeing less violent behavior because stress is also reaching its ‘ceiling effect,'” said Timmer, who started a study with a group of colleagues on how global events like war or pandemic affect crime rates in six countries. including the US “People are adjusting to life with COVID, although it is still there.”

She questioned whether the crime data released by the LAPD accurately reflects reality or is underreported at a time when confidence in law enforcement is hitting new lows following the 2020 murder of George Floyd.

The horror of seeing Floyd gasp under the knee of a Minneapolis police officer sparked a mass protest movement across the country. According to experts, such abuses can encourage people to take the law into their own hands instead of turning to a criminal justice system they see as illegitimate.

Some experts argue that as the US reopens, the likely causes of the nationwide spike in violence are diminishing as the pandemic subsides. For example, many social services that have kept people safe are back in operation and most schools have returned to face-to-face classes, leaving fewer youth unsupervised and having free time.

However, criminologists, law enforcement officials and other experts also warn that every single year can be a variance and the causes of the 2020 and 2021 spikes may never be fully understood.

LAPD officers were measured in their response to the drop in homicides and shootings. In public appearances, Police Commissioner Michel Moore has repeatedly praised the Community Safety Partnership, a program launched in 2011 that uses officers to work with community members in high-crime neighborhoods.

Recent months have also seen a decline in so-called home robberies, in which armed groups target and rob wealthy Angelenos after spotting them in high-end hotels, restaurants and clubs. Authorities say they believe interagency task forces aimed at cracking down on these robberies and ghost weapons are also at work.

Mayor Karen Bass, who defeated a criminal candidate to become the city’s first female chief executive, continued to urge a public health response to violence. Earlier this year, she released a plan that would see the hiring of hundreds of new police officers while emphasizing structural issues and improving the economic and social vitality of communities.

In Los Angeles, violent crime increased less than 1% from December 24 last year. While most other categories were down, robberies rose 7% citywide. Police departments covering South LA, the San Fernando Valley, downtown and the city’s East Side all saw double-digit increases in robberies, according to LAPD statistics.

Property crime through Dec. 24 is up about 10% from 2021, with downtown and rampart areas seeing the biggest jumps. Meanwhile, dips rose 12.5%. Vehicle thefts have increased by more than 5% year-on-year and by more than 20% compared to 2020.

South LA, home to neighborhoods devastated by decades of government neglect and hardest hit by the gang wars of the 1990s, is once again bearing the brunt of the city’s bloodshed. But fewer people died there than last year, with homicides in the South Bureau, which includes San Pedro, down 15%. The number of people shot by gunfire fell by 22%, ministry data show.

A department spokeswoman wrote in an email that crime statistics available on the LAPD’s website are preliminary and final numbers will be publicly announced early next year.

Some large US cities have experienced similar declines. In Houston, the police chief announced at a news conference in November that violent crime had decreased by 8.5% compared to the same point in 2021. On the other hand, Philadelphia is on track to eclipse last year’s killings, and the number of robberies has more than doubled since last year.

In areas monitored by the Los Angeles County Sheriff’s Department, homicides fell from 263 to 178 through November, the most recent month for which data was available. However, over the same period, robbery and aggravated assault increased by 26% and 13%, respectively. Burglaries increased by 36%.

The city of Compton saw a 54% drop in homicides this year through November from 35 to 16, but robberies were up 25% and burglaries were up 43%, according to sheriff’s statistics.

In West Hollywood, which passed a controversial plan to reduce the number of sheriff’s deputies in favor of unarmed security guards, robbery increased by 15%, aggravated assault by 25% and theft by 90%.

While deadly violence remains a problem in some neighborhoods, South Bureau Homicide LAPD Capt. Adrian Gonzalez said his detectives are solving more cases, a possible sign that residents in crime-torn areas are turning to police after the commotion Past may be more trust a few years. A decrease in gang violence has led to fewer killings and shootings, he said.

The pandemic is almost certainly responsible for the earlier increases, but simple answers as to why crime is falling or rising are hard to find, he said.

“A lot of excitement, people are inside [because of] COVID, people just experience a lot of loss, and not just through death, but through jobs and schools and family connections and all these different things,” he said.

Fernando Rejón, executive director of the Urban Peace Institute in Los Angeles, said the drop in homicides is encouraging. But given the past decade-long streak of fewer than 300 homicides a year, there’s a lot more work to be done, he said.

Urban Peace is part of a coalition that unveiled a crime-fighting plan earlier this year and is calling for the restoration of funding to cut the reach of gangs during the pandemic.

“Every life saved, you can’t even measure that,” he said.

The 13 best museums in Philadelphia, from art…

How We Covered the Creator Economy in 2022…