How the moon devastated a mangrove forest 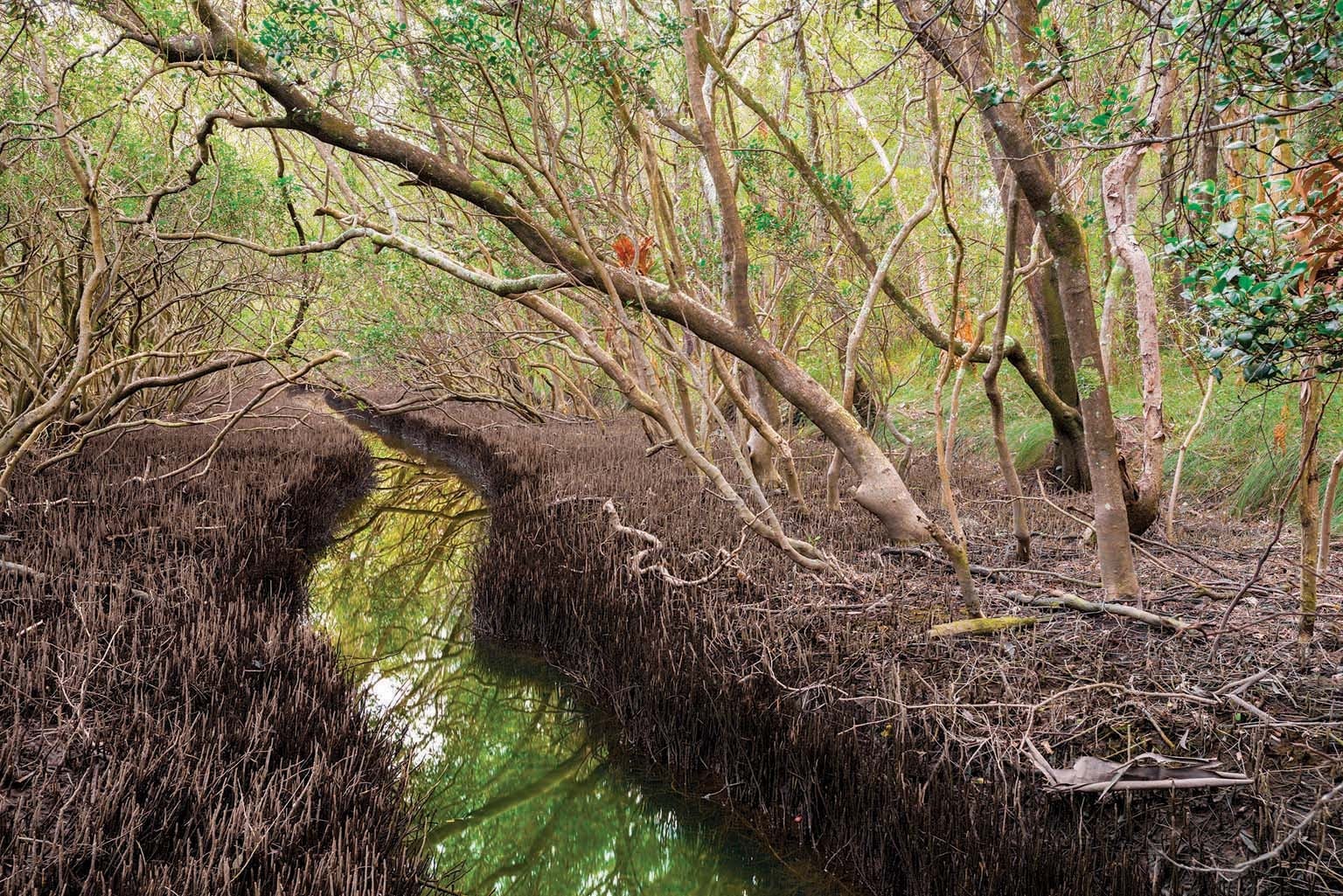 The mystery surfaced in 2015 when almost 10 percent of what appeared to be healthy mangrove forest along the Gulf of Carpentaria in northern Australia suddenly died. Scientists initially blamed the die-off of this crucial ecosystem solely on an unusually strong El Niño, a weather pattern that regularly siphons water from the western Pacific Ocean and lowers local tides. But a new study published in Science Advances reveals that El Niño had a secret accomplice: the moon.

The researchers analyzed more than 30 years of national satellite data to narrow the list of suspects. “It was just the most phenomenal data set,” says the study’s lead author Neil Saintilan, a biogeographer at Macquarie University in Australia. A pattern quickly emerged – roughly every 18 to 19 years, mangrove cover along the Gulf of Carpentaria thinned significantly before returning to normal within a few years. And about nine years after each such dieback, the mangrove canopy became unusually dense.

This regularity gave the researchers an important clue. “Nature is usually pretty chaotic,” says Saintilan. “If something is superregular, it’s probably some kind of orbital cycle.”

“The 18.6-year cycle is essentially driven by what we call a ‘wobble,'” in the Moon’s orbit, says climate dynamics researcher Sophie Wilmes, who studies tides at Bangor University in Wales rather than the mangrove survey was involved. The moon’s gravity affects daily ocean tides around the world. As the Moon’s orbit oscillates, or wobbles, over 18.6 years, certain locations create regular, sustained periods of unusually high or low tides. This effect is particularly strong in the Gulf of Carpentaria; Its ebb can drop an average of 40 centimeters due to its location relative to the equator and the shape of Australia’s coastline.

In fact, the researchers found that mangrove diebacks in Australia in 2015 declined 18.5 years after the previous one. And because of the 2015 El Niño, the trees were hit by a double hit at low tide: El Niño lowered the tide another 40 centimeters, a fatal blow to water-loving mangroves.

Although the orbital mechanics of the moon’s wobble has been studied extensively, “there hasn’t been a lot of work looking at its implications for ecology,” Wilmes says, “so it’s a really cool paper.” In the future, Saintilan and his colleagues hope to investigate whether this phenomenon affects mangrove forests in other parts of the world. They also want to study how rising sea levels caused by climate change will alter this natural ecological pattern. A moderate rise could mitigate some of the tidal drop and help preserve mangrove forests, but an extreme rise could drown the trees at the cycle’s highest tidal point. “We may be able to anticipate when — or if — we’ll start to see some big issues in terms of mangrove management,” Saintilan says.