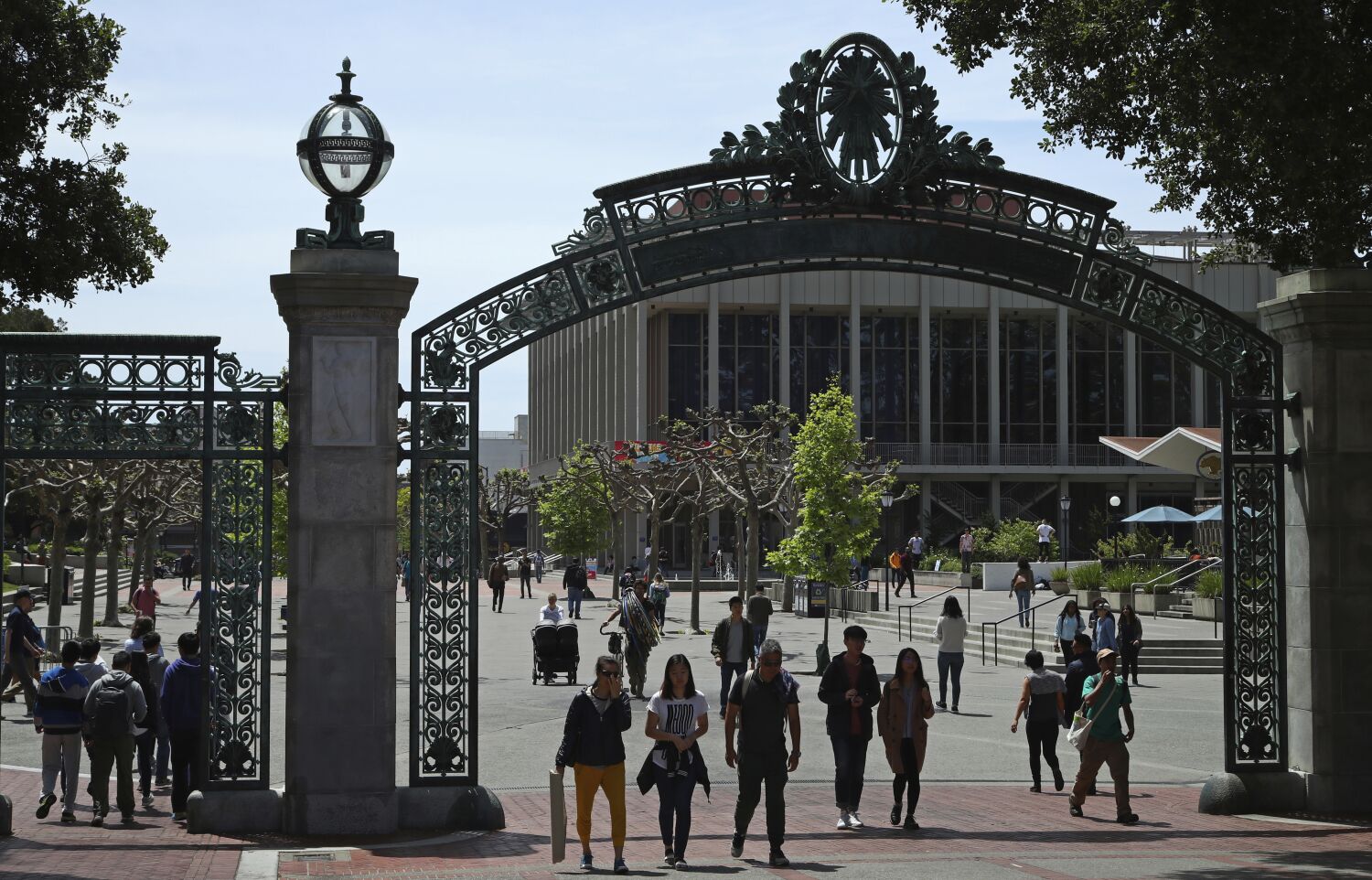 The lawsuit filed last week by attorneys Gabriel Groisman and Arsen Ostrovsky equates anti-Zionism, which challenges the State of Israel’s right to exist in the Palestinian region, with anti-Semitism.

Supporters of Palestinian rights say their opposition is not directed at the Jewish people but at the Israeli government’s treatment of Palestinians.

Law Students for Justice in Palestine, a Berkeley graduate student group that bills itself as “a home of education, debate and activism in advance of the rights of the Palestinian people,” included a charter in its constitution in August stating that it “will not invite speakers who have expressed and continue to express views or who host/sponsor/promote events in support of Zionism, the apartheid state of Israel and the occupation of Palestine.”

The bylaws were also adopted by a number of other student groups, prompting a flurry of criticism, including condemnations from UC Berkeley Law Dean Erwin Chemerinsky and UC Board of Regents Chairman Richard Leib.

“Let me be clear: in our university community, we should not exclude students in any way because they believe in Israel’s right to exist,” Leib said at a board meeting in San Francisco last week. “This exclusion is absolutely inconsistent with the central mission of the University of California.”

In an opinion piece for The Times, Chemerinsky said he believed that “the charter was inconsistent with our values ​​as a law school,” but added that the First Amendment right of student groups to choose speakers based on their viewpoints violated a “relatively simple” law and a constitutional matter.

“For most Jews, including myself, the existence of Israel and Zionism are an important part of our Jewish identity, and the statute was perceived as anti-Semitic,” he wrote.

“Of course, student groups can decide which speakers to include based on their views,” he wrote. “Obviously, a group of college Republicans might decide to invite only conservative speakers. Requiring student groups to invite speakers with views they detest would violate the First Amendment as a form of coerced speech.”

“I wish student groups didn’t apply such policies, but a public university cannot ban them,” he wrote.

The University of California Board of Regents has addressed the issue in the past. In 2016, she condemned anti-Semitism and “anti-Semitic forms” of anti-Zionism.

Both Lieb and Chemerinsky noted that since the bylaws were passed that year, students of color, as well as Jews and Muslims, have been harassed.

Chemerinsky wrote that “outside agitators” seized media attention around the statute to target students.

In one instance, he wrote, a “right-wing group” outfitted a truck with a billboard that read, “If you want a Jewish free Berkeley raise your right hand,” next to a picture of Adolf Hitler.

Another truck drove by displaying the names of members of student groups who had adopted the bylaws under a banner that read “Berkeley Laws Antisemitic Class of 2023,” Chemerinsky wrote, calling the targeting of students “despicable.”

In the complaint filed with the US Department of Education, Groisman and Ostrovsky said the statute violates Title VI of the Federal Civil Rights Act, which prohibits discrimination on the basis of race, color, or national origin in programs that receive federal support.

Chemerinsky declined to comment on the specifics of the complaint, but said that “those who allege that the statute constitutes religious discrimination overlook the point that they are based on point of view, not religion was written.”