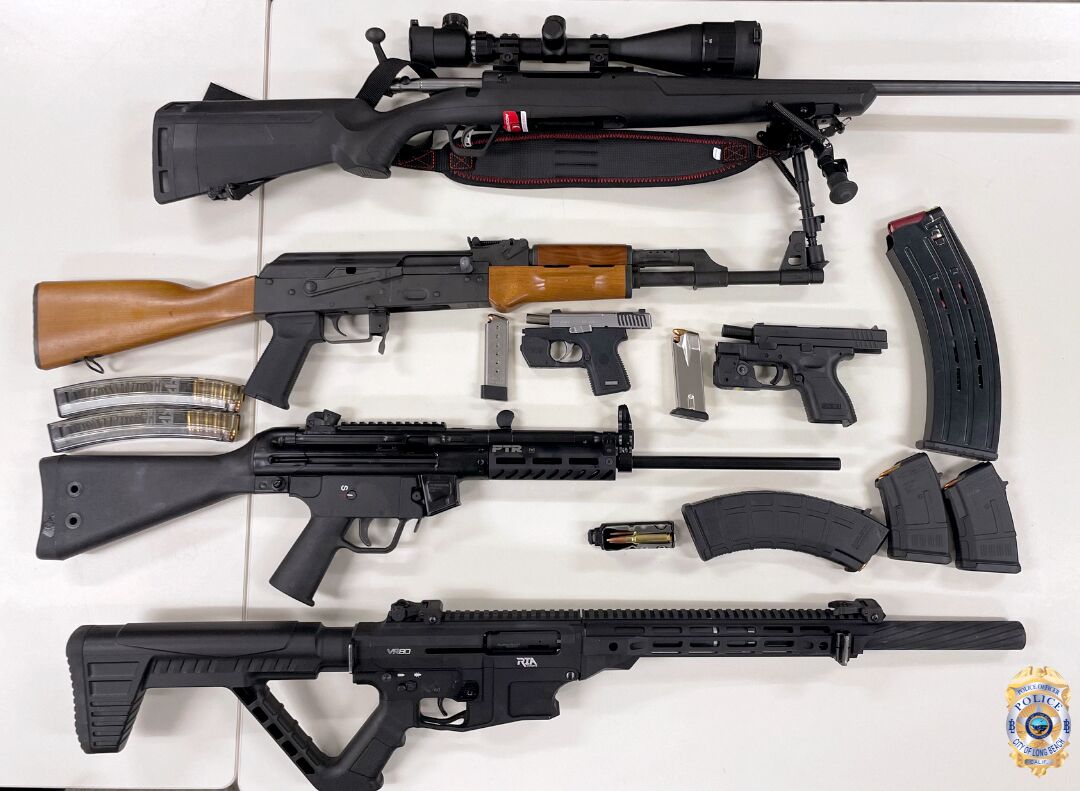 Long Beach Police officers arrested a 35-year-old man this week after his colleague reported he brought firearms to work and threatened a workplace shooting.

Detectives arrested Aiken Bui of Seal Beach on January 9th. He was charged on suspicion of making threats to commit a felony with terrorist intent and possession of an assault weapon, Long Beach Police said in a news release.

Officers had responded to the 3500 block of East Broadway near Bui’s place of work on Saturday to report criminal threats, police said. There, one person reported that Bui regularly carried a firearm and on January 4 threatened to shoot his colleagues.

Police spokeswoman Allison Gallagher confirmed the victim delayed filing the complaint, but gave no further details as to why. Police did not identify the store where Bui worked.

When detectives investigated, police said, they found Bui had access to multiple registered firearms. Investigators then obtained a gun violence emergency protection order preventing him from using firearms and an arrest warrant.

At around 5:20 pm Monday, detectives found Bui driving near his place of work, stopped him and arrested him. Shortly thereafter, a police SWAT team, gang detectives and patrol officers searched his home, where they seized six firearms, including several illegal assault weapons, police said.

Food Journal: How a 31-year-old organic farmer in…