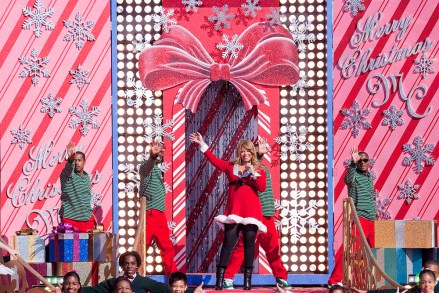 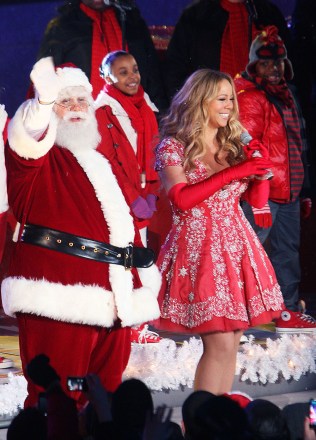 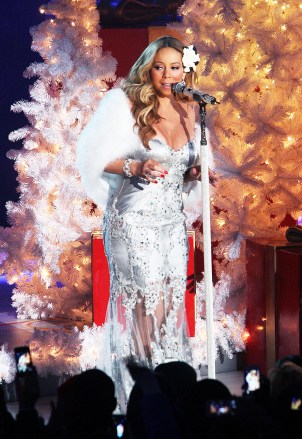 Mariah Carey, 52, was the vision of Christmas in New York City! The ‘All I Want For Christmas Is You’ singer wore a stunning white gown with silver sequins as she took the stage for her final Christmas show on Friday, December 16, wowing fans with her festive (and sexy) ensembles . The latest dress featured a thigh-high slit in the midst of the layered tulle skirt, which was attached to a fitted bustier-style bodice. She added a matching tiara to tie it all together. 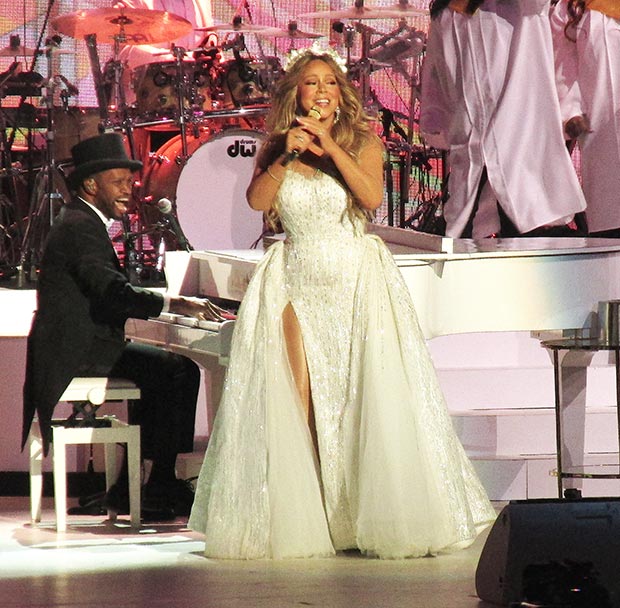 Mariah Carey is seen on stage in a white dress on December 16, 2022. (Brian Prahl/MEGA)

After the show, she kindly stopped outside of Madison Square Garden for a brief meet-and-greet with fans. Mariah – who goes by the name “Mimi” to her loved ones – stayed warm in a white fur jacket with a chic hood as she braved the cool East Coast temperatures. Never seen in flats, Mariah sported a pair of black boots with a sky-high heel as she snapped selfies and signed a few autographs. 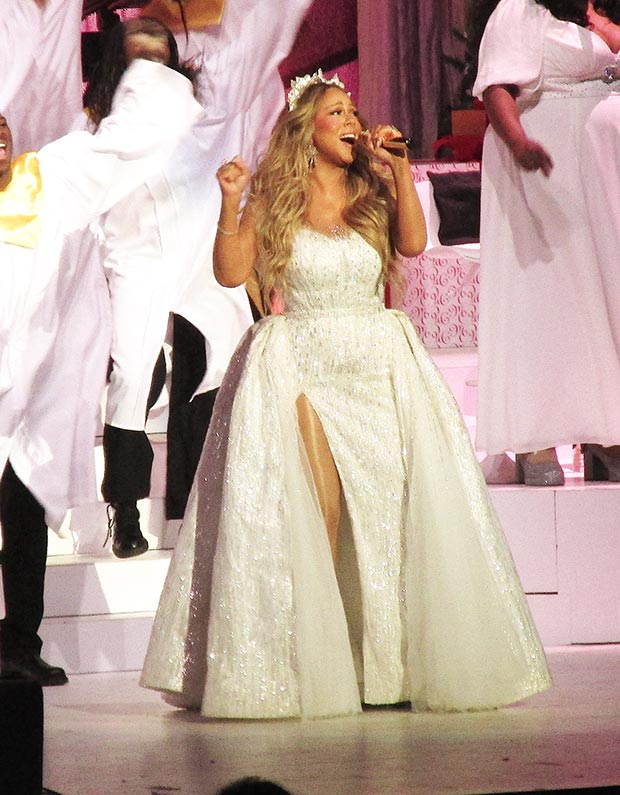 Mariah looked elegant as she performed her final Christmas show of the year. (Brian Prahl/MEGA)

Mariah announced her series of Christmas shows – called Mariah Carey: Merry Christmas Everyone! – already in November as part of a broadcast special with CBS and the streaming platform Paramount+. The show kicked off December 9 in Toronto, Canada, followed by a second show at Ontario’s Scotiabank Arena on December 11, where she was assisted on stage by adorable daughter Monroe Cannon, 11. She then returned home to the Big Apple for two sold-out shows on December 13 and 16.

The Grammy-winning superstar is one of the celebrities most associated with Christmas due to her timeless album Merry Christmas, released in 1994. The project includes her hit “All I Want For Christmas Is You,” which she co-wrote with Walter Afanasieff. The song became one of the best-selling singles of all time, which has spawned various versions and remakes by other artists. In 2011, Mariah also collaborated with Justin Bieber on the “SuperFestive” edition.

“I know it’s like, ‘ha ha, she loves Christmas,’ no, I literally do,” she told Naomi Campbell on her 2020 YouTube series No Filter with Naomi. “I know people say ‘You love Christmas!’ and they make fun of me, but it’s okay because I do it. I actually do. I love that,” she added.

This winter’s most exciting hotel openings, from Waikiki…