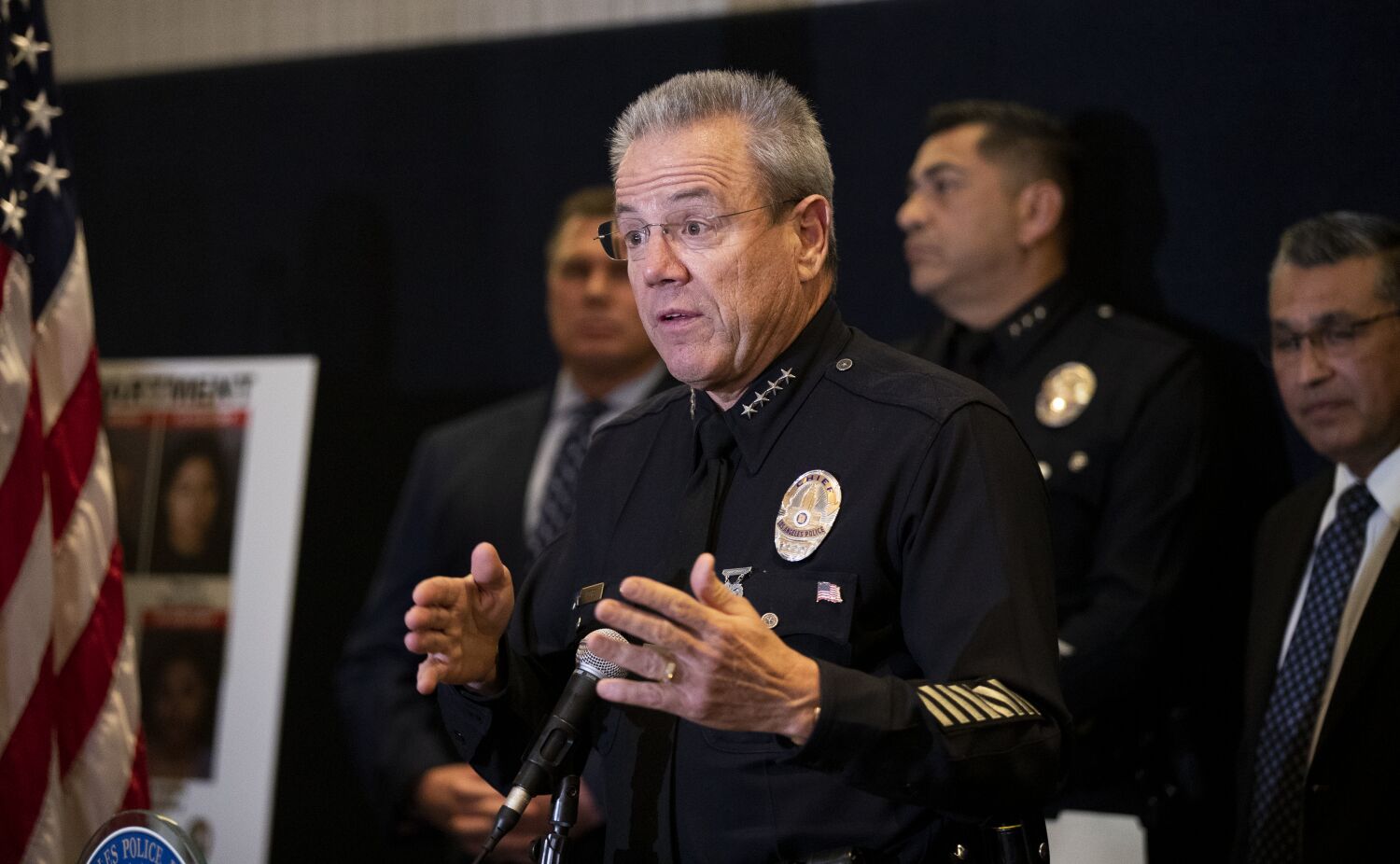 Commission President William J. Briggs II said in a statement on Friday that the board would still consider Moore’s request for a second five-year term at its Jan. 10 meeting announced earlier this week. However, the commission no longer plans to vote on Moore’s reappointment during this session.

“Mayor Bass wants the boss to be discussed at the January 10 meeting,” Briggs said. “The vote will take place at a later date.”

Moore filed a letter Monday asking for a second and final term. A day later, Briggs announced that his panel was planning a January 10 vote on Moore’s motion, leading some to argue the decision was rushed.

Bass spokesman Zach Seidl said Friday the mayor requested the delay and provided Briggs with “guidance” for the reappointment process.

“The mayor gave this guidance because she believes voting on the first session after the boss’s motion is too early,” Seidl said.

According to the city statute, the decision to reappoint a police chief rests with the five-member commission, whose members are chosen by the mayor. At this point, all five commissioners are holdovers from the administration of former Mayor Eric Garcetti, who Bass replaced three weeks ago.

Bass has yet to appoint police commissioners of his own, instead focusing on the problem of homelessness. She declared a state of emergency on her first day as mayor and launched new initiatives to respond to the humanitarian crisis.

Moore’s reappointment request is one of the most important hiring decisions Bass will face in her first year at City Hall. She said this week that she would meet with Moore to discuss her vision of “keeping angenos safe in every neighborhood.” Briggs suggested in his statement that the mayor also wants to keep the reappointment process going.

“She made it clear to me that she wants to make a quick decision on whether to reappoint Chief Moore,” he said.

Briggs has already called for a second term for Moore, telling the Times earlier this week that a majority of commissioners “have confidence in him to carry out what the mayor wants.”

Commissioner Steve Soboroff, one of Bass’s political allies, has also signaled his support for Moore, saying in an interview that “there isn’t a better boss in the US”.

“He understands community policing and police reform better than any other chief in America,” Soboroff said. “Also, he has a very, very deep understanding of the perfect storm of new challenges — the homelessness crisis, the mental health crisis, the drug crisis.”

Earlier this week, Soboroff said he, too, expects the commission to vote on Moore’s reappointment request on Jan. 10. On Friday, he said he didn’t know what the new date would be but predicted it would be “very soon”.

Moore only needs three votes to secure a second term. However, the City Council also has the power to speak out if its members disagree with the Commission’s actions.

According to the city charter, the council could assert jurisdiction over the commission’s decision and – if there are 10 votes – veto it.

Moore, who became police chief in 2018, said in his reappointment letter that he hopes to use his second term to rebuild staffing levels, modernize the department’s aging computer systems and oversee security preparations for the 2026 World Cup and 2028 Olympics . The boss also said he wants to create a succession plan for the department’s leadership and reduce violent crime.

According to LAPD figures for the year ended December 24, homicides are down nearly 6% from a year ago, and shooting victims are down 9%. At the same time, robberies have increased by 7% and burglaries by more than 12%.

In recent years, the LAPD has been heavily criticized for its brutal tactics against protesters and a proliferation of police shootings. The department also had high-profile, and sometimes fatal, sorties.

In 2021, the LAPD Bomb Squad botched the detonation of illegal fireworks in a south LA neighborhood, causing widespread damage enough to displace scores. Months later, an LAPD officer accidentally killed a 14-year-old girl while trying to apprehend a man who had been assaulting customers at a North Hollywood department store.

That girl’s family, Valentina Orellana-Peralta, filed a lawsuit against the city and the official earlier this year. Daniel Elena-Lopez, the man wanted by the police, was also shot and later died.

The commission’s original plan to vote on Moore on January 10 has drawn some criticism in recent days. Black Lives Matter-Los Angeles organizer Paula Minor said she had little confidence in the panel’s ability or willingness to assess Moore’s performance so soon after his request was made.

“I think there needs to be more public input,” she said.

Soboroff called this idea “offensive” and said the commission received “a lot of 4-1 votes, 3-2 votes.”

“To say it’s a stamp is uninformed,” he said.