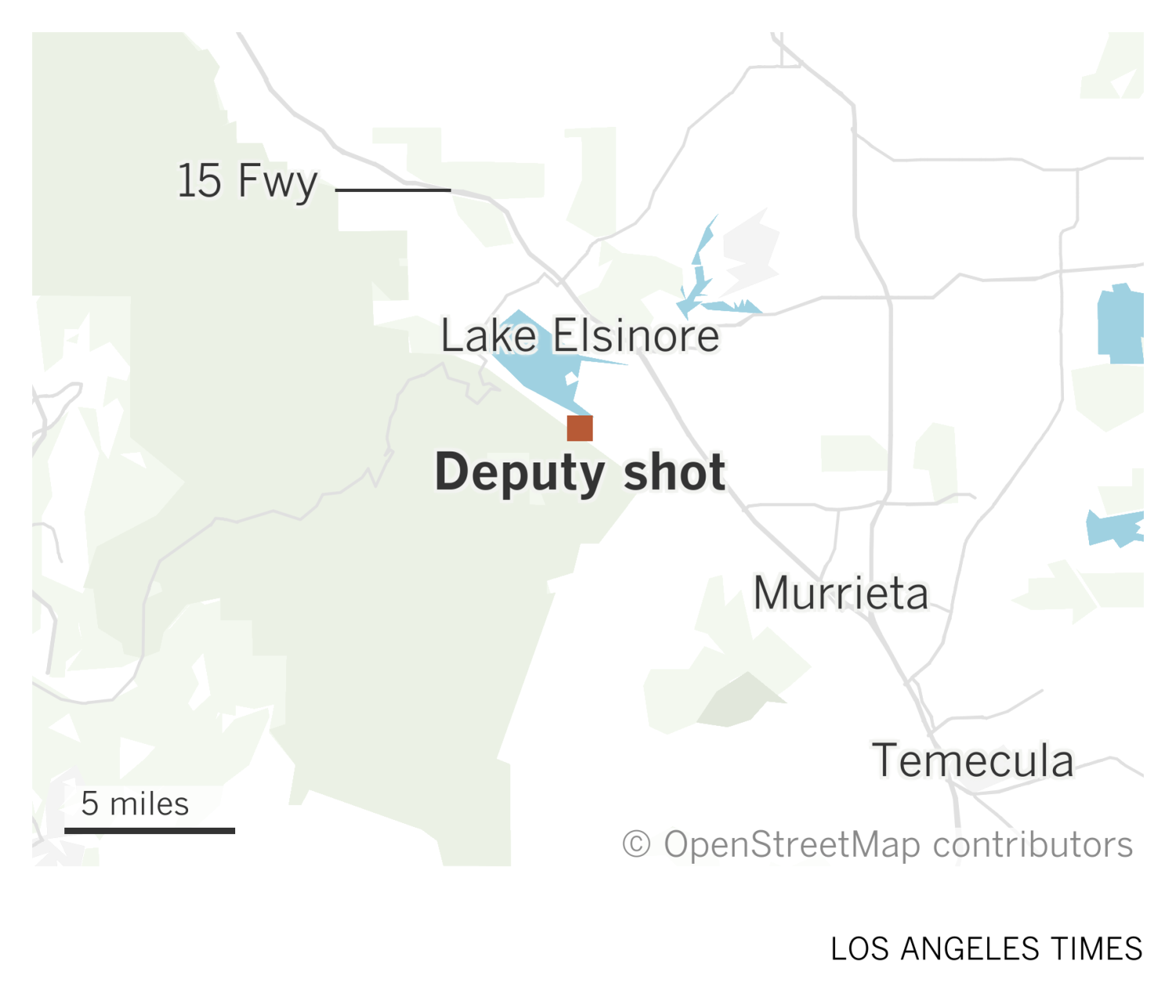 A suspect is in custody and the deputy was taken to a local hospital, the Riverside County Sheriff’s Department said tweet.

The department wrote on twitter shortly after 5 p.m. that a shootout was in progress in the 18500 block of Hilldale Lane.

The shooting comes two weeks after 32-year-old Riverside County Assemblyman Isaiah Cordero was fatally shot during a traffic stop in the Jurupa Valley.

Cordero’s killer, William Shea McKay, who had a long and violent criminal history, died in a shootout with police following a freeway chase.

This is breaking news. It will be updated as more information becomes available.