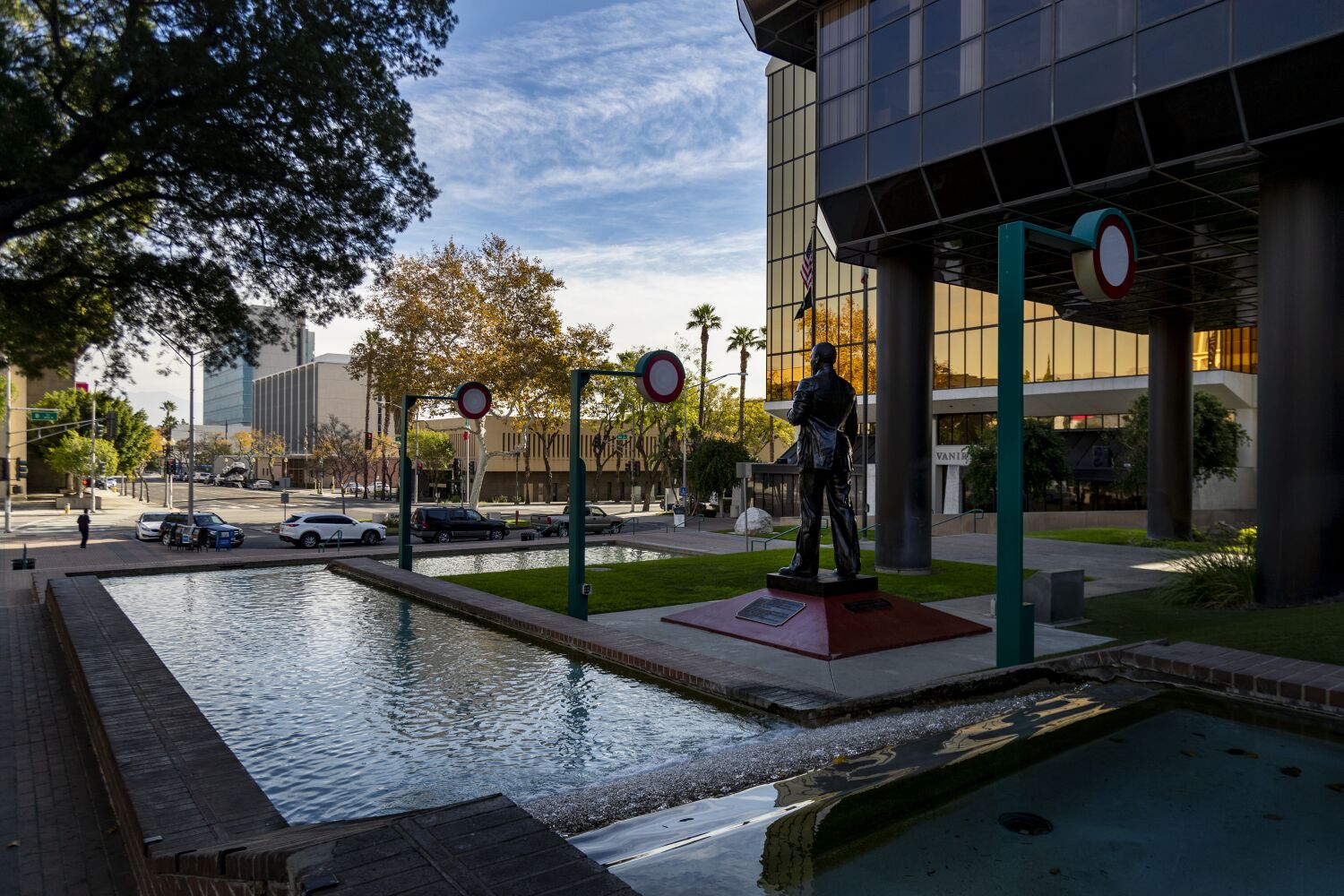 Since the state’s founding in 1850, there have been at least 220 attempts to disband California. None were successful.

Still, a slim majority of San Bernardino County voters say the idea is worth exploring.

A voting measure in November directing county officials to consider how to secure more resources and funding — “up to and including secession from the state of California” — passed by 50.6% of the vote. District election officials confirmed the results on December 8.

Though voters approved the measure, the likelihood of a new state forming east of Los Angeles — the first since Hawaii gained statehood in 1959 — is extremely slim. The San Bernardino County Board of Supervisors will consider how the county can “receive its fair share of state and federal resources,” Supervisor Curt Hagman said in a statement. And if officials decide to create their own state, Congress and the California Legislature would have to approve it.

Rancho Cucamonga developer Jeff Burum first proposed the idea of ​​a secessionist movement to county officials over the summer. He claims the idea arose out of frustration with the unfair allocation of resources by state legislatures.

“I think the state of California needs to better allocate the dollars our way,” Burum said. “I think the whole idea is to look at the deficit and then plan for the future and what we can and can’t do about it.”

“Your action today to put this question on the ballot for San Bernardino County voters with unclear results raises the question, why are we spending public funds to even put this question to voters?” they wrote in August.

Secession is not the ultimate goal of the initiative, said Burum. But with nearly 2.2 million residents in 20,105 square miles — the largest county by area in the contiguous U.S. — Burum said he couldn’t see a future for a county the size of San Bernardino unless its level of state funding changes.

A county estimate released ahead of the November election found that San Bernardino receives $1,071 in state and federal funding per resident, ranking 36th out of California’s 58 counties — above Orange, Alameda, San Diego, and Riverside counties Contra Costa and among Los Angeles, Napa, Sacramento and Monterey counties.

Though the county has historically been skewed conservatively, registered Republicans have lost ground in recent years as the Inland Empire has seen a steady increase in new residents, and as of 2013, San Bernardino is predominantly Latino, according to census data. About 41% of registered voters are Democrats and 29% Republicans, according to the San Bernardino County Voter Registry.

Burum said he doesn’t see the initiative to probe secession as a partisan affair, but blames the Democratic leadership for failing San Bernardino and the rest of the Inland Empire.

While other parts of the state lost residents from 2020-2021, San Bernardino, Riverside, Kern, and San Joaquin counties saw population increases. Burum said the growth should warrant more attention from state lawmakers and an increase in funding.

The urge for secession is nothing new in California.

In rural Northern California, several counties have struggled to break away from the Golden State to form what they call Jefferson State.

In a local attempt at secession, the San Fernando Valley tried to break away from the city of Los Angeles 20 years ago, but that didn’t get enough support from voters.

Other initiatives raised the same grievances as Burum and some San Bernardino residents did in 2022: lack of representation, funding, and resources.

But a renegade San Bernardino makes no sense to Sherry Bebitch Jeffe, co-host of the Inside Golden State Politics podcast.

“It’s not rational for a county in the middle of a huge state to decide to be its own state,” Jeffe said. “There is just so much that needs to be done to put a government together. It’s extremely expensive.”

Burum said he expects to be part of the committee that will decide whether San Bernardino can secure more funding or direct its efforts toward secession.

“We just don’t want the rest of California to think of us as an afterthought,” Burum said. “Or that people move here just because it’s a distribution center where they can get a job nearby. We want people to come here and stay here and raise their families here because they are proud of our area.”