The End of Roe vs. Wade: A Photographer’s Blog – Gina Ferazzi

Knowing that Roe vs. Wade’s abortion protections were in jeopardy, The Times formed a team earlier this year to cover the issue.

Named as a photographer, I traveled the West visiting abortion clinics and centers run by opponents of the procedure. I was at a clinic in Texas at the moment when the decision between Dobbs and Jackson was made.

For me, the privacy of the patients and the safety of the doctors were paramount for this assignment. It was a delicate situation. Sometimes I was able to use a mirrorless camera that made the shutter silent. I felt less intrusive, which was important.

Some of the most poignant photos come from a clinic in New Mexico.

I had emailed the clinic administrator at the University of New Mexico Center for Reproductive Health in Albuquerque and the resident doctor. I stressed once again how important this issue is for women. I agreed not to photograph any patient without his permission.

They said I could come.

I was surprised at how many patients wanted to share their stories, especially the anguish they felt as they dealt with their state’s abortion restrictions and their own conscience. A family doctor and her resident perform an ultrasound on a 25-year-old pregnant woman at the Center for Reproductive Health in Albuquerque. The patient decided to have a medical abortion on the same day.

“I think we’re going to see a lot of unsafe abortions and women dying.”

– dr William Hern, owner of Boulder Abortion Clinic in Colorado, on the aftermath of the Supreme Court’s overthrow of Roe vs. Wade Autumn Brown takes the first pill for a medical abortion as suggested by Dr. Lisa Hofler while her 3-year-old daughter plays at the Center for Reproductive Health on June 21. Brown has four children, including twin girls, and said she couldn’t take any more.

“Oh my god, the scale for us is going to be huge. … This goes well beyond New Mexico and they will come to us.” 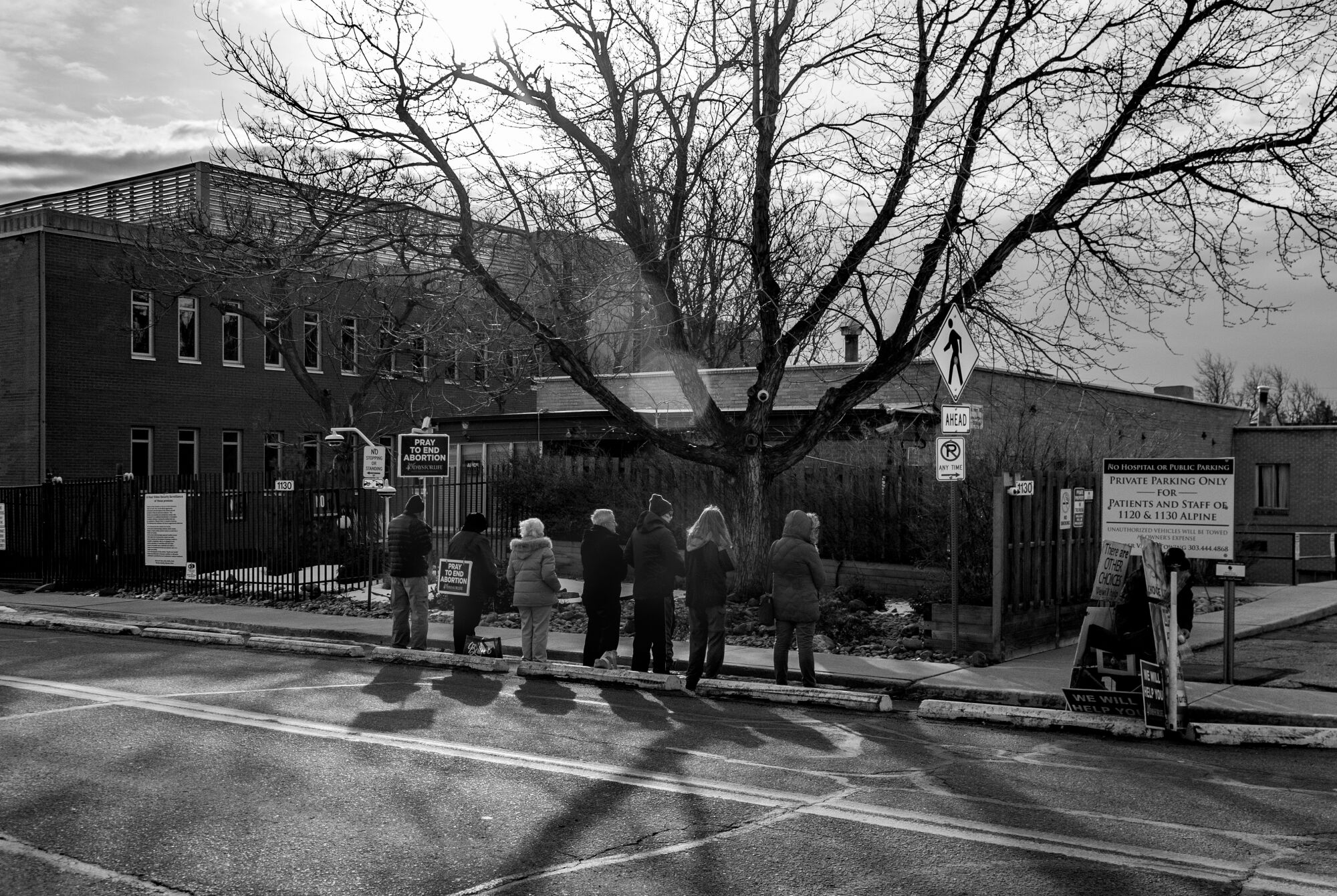 “I think we’re going to see a lot of unsafe abortions and women dying.” Hours after the Supreme Court released its decision to overturn Roe vs. Wade, hundreds of protesters marched near federal courthouse in San Antonio in a temperature well above 100 degrees.

“Keep your laws off my body.”

— Abortion rights advocates protesting the end of Roe vs. Wade Pharmacy workers remove misoprostol pills that promote abortion from shelves at the El Disco Super Center in Nuevo Progreso, Mexico, in the Rio Grande Valley. Misoprostol is sold without a prescription in Mexico, but most pharmacies only supply one pill, not the two-pill combo prescribed in the United States, which adds the drug mifepristone. Rayenieshia Cole said she sought an abortion but changed her mind after being approached by anti-abortion activists and counseled at a Birth Choice pregnancy center located in the same Dallas complex as the abortion clinic.

“They were really helpful. They had a lot of resources.” “We pray for an end to abortion. We hope that day will come.” Krystal, 26, is taking the drug to terminate her six-week pregnancy April 29 at the Whole Woman’s Health Clinic in McAllen, Texas. The state has enacted legislation effectively banning the procedure after fetal heart activity has been detected — usually at about six weeks, before many women realize they are pregnant — with no exceptions in cases of rape or incest. A worker at the Alamo Women’s Reproductive Services in San Antonio wipes away tears June 24 after learning the Supreme Court vacated Roe vs. Wade. The clinic had to turn patients away after the verdict was issued.

“The Supreme Court just overturned Roe vs. Wade. They have taken away your right to choose what you do with your body.” A crying worker at the Alamo Women’s Reproductive Services hugs patient April Reese, 41, after telling her the clinic could no longer provide abortion services.

“So we have to leave the state? That’s crazy.”

— April Reese, who was turned away from an abortion clinic Tara Shaver, an anti-abortion “missionary” in Albuquerque, kneels in front of the graves of fetal remains at Baby Land in the Sandia Memory Gardens Cemetery. “The term ‘abortion’ has lost all meaning and this place brings it back,” Shaver said. “We don’t have to bring women to New Mexico. We need to meet these women where they are and give them enough support so they don’t have to choose between their child’s life and their own.”

“We need to meet these women where they are and give them enough support so they don’t have to choose between their child’s life and their own.”