Three new Ebola vaccines will soon be tested in Uganda 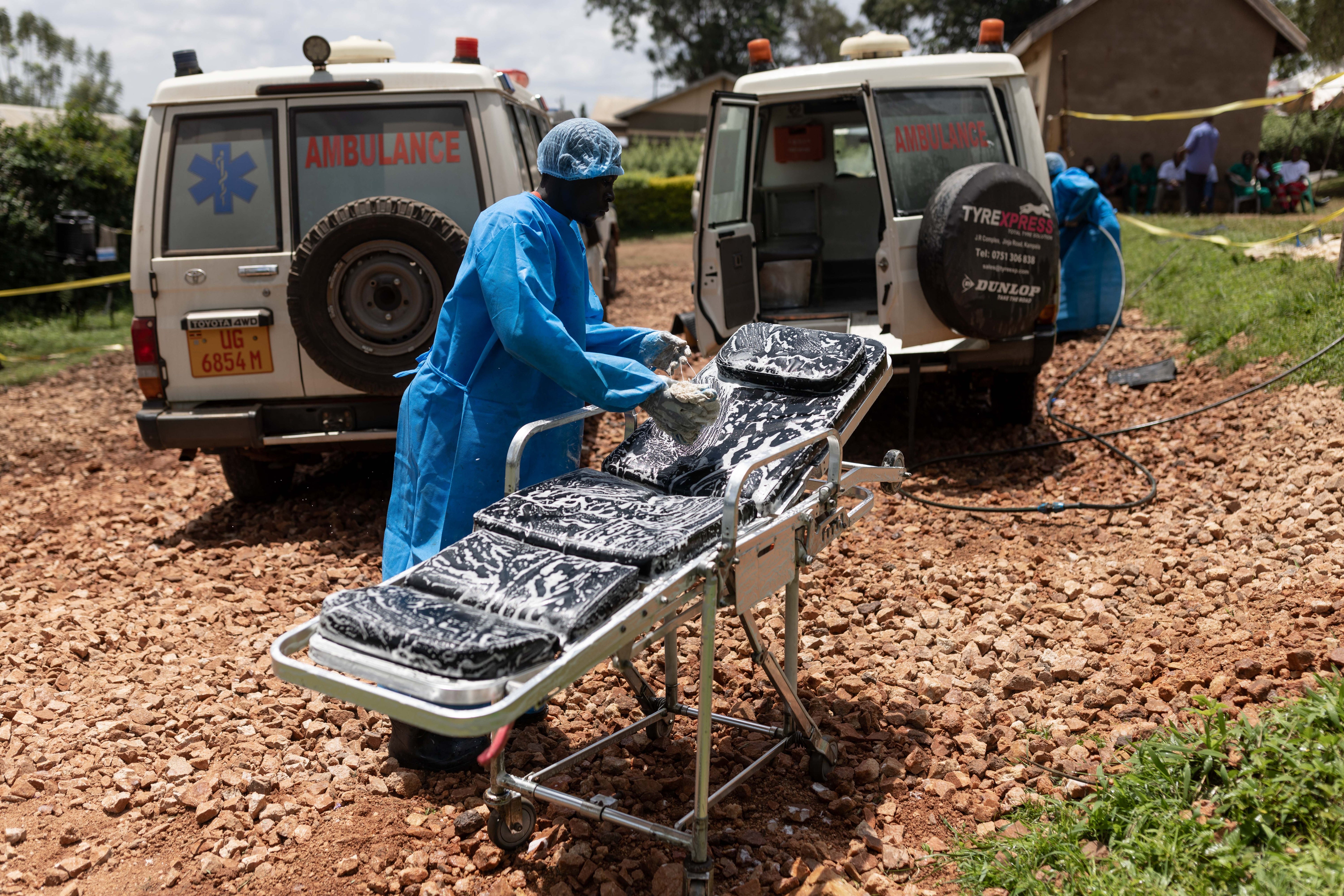 An ongoing Ebola outbreak has infected and killed dozens of people in Uganda. The country’s health authorities and the World Health Organization (WHO) have announced plans to begin a clinical trial for three Ebola vaccine candidates. There are approved vaccines against Ebola, but they are not effective against Sudan Ebola virus, the species responsible for the outbreak.

Doses of the vaccine candidates are due to be shipped to Uganda this week. The clinical trial is the latest attempt to contain an outbreak that has already spread to nine districts, including three densely populated areas, according to the WHO.

Candidates for the study include one bivalent (meaning it targets two virus strains) and two monovalent (each targeting a single strain): a bivalent adenovirus vector vaccine manufactured by the University of Oxford and the Jenner Institute in England a monovalent adenovirus vector vaccine developed by the Sabin Vaccine Institute and a monovalent vaccine from the International AIDS Vaccine Initiative.

As of November 21, 141 confirmed cases and 55 confirmed deaths had been reported. Of the 19 healthcare workers infected, seven have died.

At the start of the current outbreak in Uganda, WHO officials said a clinical trial for vaccine candidates with sufficient data would only be conducted if more cases continued to be reported. However, the agency later announced that it was already in talks with vaccine developers and that an existing vaccine testing protocol, used in previous outbreaks involving the Zaire strain of Ebola virus, was rolled out for the Uganda outbreak.

Given the urgency of the Ebola outbreak in Uganda, WHO has asked the COVID-19 Vaccine Prioritization Working Group to rapidly evaluate Ebola vaccine candidates for inclusion in a planned clinical trial in the region. The reviewers considered the safety, efficacy and logistics of the vaccine candidates, the global health agency said in its recommendation.

Ana Maria Henao-Restrepo, co-lead of the R&D Blueprint for Epidemics at WHO’s Health Emergencies Program explains that vaccine doses are only given to people known to be effective because there is no evidence that the new Ebola vaccine candidates are effective, there is a high risk of infection

“That’s why we’re conducting the study,” says Henao-Restrepo. “If data [suggest] that one or more of these vaccine candidates are effective, there will be an independent expert panel on the study to review the data and advise WHO and WHO [Uganda’s] Ministry of Health,” she says.

If any of the three vaccines are found to be effective, regulatory authorities will begin the approval process and pave the way for commercialization. In parallel, the WHO Strategic Advisory Group on Immunization (SAGE) is expected to make public policy recommendations on use of the vaccines to Uganda and other countries.

According to the approval granted by the Uganda National Drug Authority, only 1,200 vaccine doses in total will be used for the study. According to Henao-Restrepo, the study’s target participants will be people who are at the highest risk of contracting Ebola due to the nature of their work and close contact with infected people, including medical workers. “We have learned from previous outbreaks that the risk of contracting Ebola is not the same,” she says. The risk to the general population is low, but “workers who come into contact with the cases are those at highest risk of Ebola.”

Ugandan health authorities have argued that the outbreak is under control, but Yonas Tegegn, the WHO representative in Uganda, notes that the best approach to containing its spread is to have a risk-aware and fully engaged community. In addition, it will be important to onboard community leaders to help the public adopt safe habits and adopt recommended preventive actions.

“I think our biggest tools should be risk communication and community engagement,” says Tegegn. These are areas “in which we have hardly seen any investments from our partners. We want our partners and donors to provide resources to address these issues.”

In the first few weeks of an outbreak, says Patrick Otim, health emergencies officer in the Division for Acute Event Management at the WHO Regional Office for Africa, the response depends on continued cooperation from affected communities – and members of the Ugandan community have generally cooperated. But Kyobe Henry Bbosa, Ebola incident commander at the Ugandan Ministry of Health, confirms reports that relatives of a patient who died from Ebola exhumed the body for a religious ritual, an act that appears to have resulted in more people becoming infected and at least nine dead .

“It hasn’t happened since, and we don’t think it will happen again,” says Otim. “But we also need to understand that at the beginning of this outbreak, public awareness and concern about Ebola was low.”

It has taken time to comply with the Ministry of Health’s guidance, but Ugandans now appear to be aware of the Ebola risk. Otim adds that the infection intensity in the epicenter districts has actually calmed down and there are now fewer cases from those regions. The biggest remaining concern is that the outbreak will spread to major cities, he says.

Elsewhere, health officials are on high alert because of the virus. The UK Health Security Agency (UKHSA) temporarily closed the emergency center at Colchester General Hospital in England for about a day last week due to a possible Ebola case. But the UKHSA later said there were “currently no confirmed cases of Ebola in the UK”.

Zero-Covid China asks: Is the World Cup on…