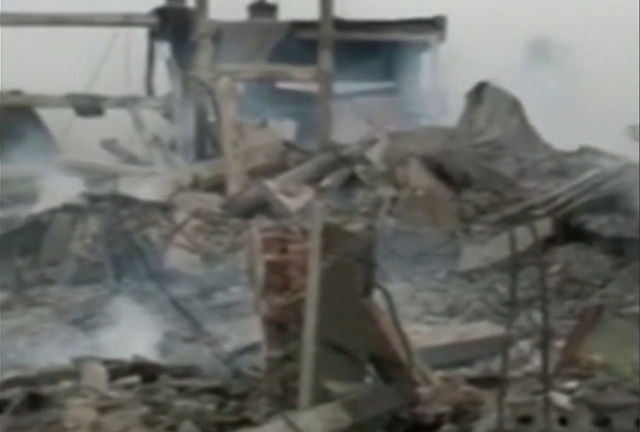 (Natural News) Again, it should be obvious that the Deep State insiders running Joe Biden’s regime are doing everything they can to provoke an all-out nuclear war with Russia, such as a deadly incident this week involving American-made and delivered weapons proves .

According to several reports, dozens – and perhaps hundreds – of Russian conscripts were killed by American HIMARS missiles fired by Ukrainian troops when they hit a makeshift barracks that also contained ammunition and supplies for those Russian troops.

“Russia’s Defense Ministry said Monday that Ukrainian forces used a US-supplied Himars missile system to destroy a facility that served as a base for mobilized troops in the city of Makiivka,” reports The Wall Street Journal of the attack in the Russian-occupied Donbass region. Meanwhile, Ukrainian forces claimed they shot down about 39 Russian drones in a swarm aimed at attacking the country’s infrastructure, the WSJ reported.

“In a statement by Russian state news agencies, the ministry said that 63 soldiers died in the blast after four Himars missiles with high-explosive warheads hit the facility,” the newspaper continued.

Top Russian military commanders confirmed the death toll in a statement from Tass, a state news agency: “The Kiev regime carried out an attack in which six projectiles from the US-made HIMARS multiple rocket launcher were fired at a Russian unit near Makeyevka in Donetsk were fired People’s Republic (DPR). 63 Russian military personnel were killed in the attack.”

However, Ukrainian sources put the death toll much higher, and while this could be propaganda, it also makes sense that hundreds could have been killed in a place that is housing several hundred Russian conscripts for training.

The Ukrainian side, meanwhile, claims that the true figure among the Russian dead is much higher, with the Ukrainian military claiming around 400 were killed and another 300 wounded – although Kyiv did not directly claim responsibility immediately afterwards.

“Rybar, a Telegram news channel with ties to the Russian military, said about 70 people were confirmed dead and more than 100 injured as rubble continued to be cleared at the site. Russian President Vladimir Putin last month included Rybar founder Mikhail Zvinchuk on a new Kremlin-led working group that will produce a monthly report on the progress of Russian troop mobilization,” WSJ reported.

In addition to at least several dozen soldiers killed, Russian military officials also said that a large amount of military equipment was also destroyed in a strike that, frankly, was likely backed by US military intelligence such as satellite surveillance.

Al Jazeera, meanwhile, quoted another Russian source as suggesting that the death toll could actually be much higher: Igor Girkin, a former Federal Security Service official who helped Russia annex the Black Sea peninsula of Crimea in 2014 and then pro-actions to organize. Russian separatists in eastern Ukraine said Monday that “the number of dead and wounded is in the hundreds.”

Girkin noted on Telegram: “This is not the only one [extremely dense] Deployment of personnel and equipment in the HIMARS missile destruction zone”, which means that there are likely to be other locations housing troops, equipment and ammunition in close proximity.

Meanwhile, Russian missiles continue to bombard Kyiv and other civilian targets, giving Moscow little political cover to claim that its own cities should nevertheless be spared similar attacks if and when the Ukrainian military gains the means to reach them.

All of this points to one conclusion: as we near the one-year mark since the Russian invasion, it doesn’t look like this war is going to end any time soon, especially with the ever-escalating attacks growing deadlier.

Evacuations ordered as California braces for rain and…